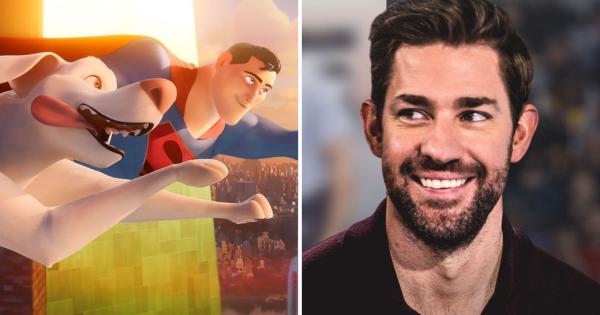 If you love DC then we have come here with such latest update for you. The actor John Krasinki has declared that he will be the next voice cast of Superman in the latest animated film DC League of Super-Pets.

Earlier this year it has been declared that the star Dwayne  “The Rock” Johnson was Krypto as the Super-Dog. On Twitter, Krasinki has updated that  he has “always wanted to do a buddy movie with The Rock” and also added, “these are the role we were born to play!”

The plot of the animation is still very light, but the main premise is based on Superman who has been going out of town, and now all the are depend on the pet dog and a  flying cat to control and stop crime when the Man of Steel is on vacation.

This film will be produced by Johnson along with Patricia Hicks and Jared Stern. The executive producers are John Requa, Glenn Ficarra, and Nicholas Stoller.  There are no co-stars are cast for this film. The film will be written and directed by Stern and co-directed by Sam Levine.

It is farther from the horizontal big-name project from Johnson. It has set into the DC universe, there is also Black Adam that is due to release on 29th July 2022. The filming of the DC film will start in April and the cast of the film is seriously very impressive contains with  Pierce Brosnan as Kent Nelson, Noah Centini as  Atom  Smasher, Quintessa Swindell as Cyclone, and Aldis Hodge as Hawkman.

We will also see the Old Guard’s Marwan Kenzari in such a mysterious role. The production of Black Adam has wrapped up in July, and DC FanDome just has kicked up the first look of the show.

The new book just has welcomed  Dunder Mifflin: the Ult5imate Oral History of The Office, Krasinki who has exposed the lovely sitcom and also was going to feature at the Season 8 plotline where we will be seen that his character will cheat Jim on his series-long love interest, Pam. Now Krasinki has refused for shooting such scenes.