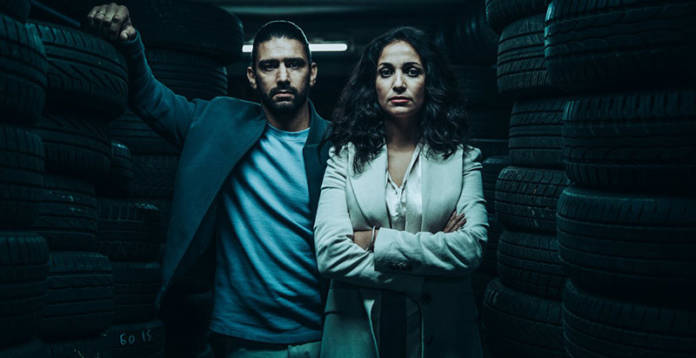 At last, Netflix has opened its mouth about the renewal of the French series. Ganglands or its is known as Braqueurs: la series has officially confirmed its renewal for the second season on Netflix. It is the latest crime drama series that was first time come on Netflix globally on 24th September and it is based on the robber and also his apprentice that has dived into the deep of the turf war in between the law and the drug dealers.

In the first season, we have seen six episodes of the show. The story of the series is based on Mehdi who is a qualified robber, and Liana who is a well-trained thief, and also Shainaiz who is the love of Liana and also the niece of Mehdi. They have become included in the fight between the drug dealers, and they will try their best to cooperate to rescue their loved ones. They have been drawn into the deadly and violent turf battle.

It has begun with the entry of the qualified robber Mehdi in a car with his gang. They start to act with another gang who has the collection of raw gold, they have stolen all the gold and celebrate it. On the other side, it depicts the introduction of two women who are in love with each other riding a bike and want to lead their life in a good way.

They realize to make life better money is the only thing, they both are very efficient thieves and start the robbery jointly. They both are in love with each other. It is true that your work will decide your destination, the robbery of the coke has come like a nightmare to them. Now, to get back the coke the drug dealer come and kidnapped her loved one.

This series has been made by Hamid Hiloua and Julienn Leclercq who are no longer strangers the Netflix. Hlioua who aha served as the writer of this cancelled Netflix show La Revolution and Leclercq also just lent some of his writing skills to Netflix’s French thriller film, Sentinelle.

After getting the top 10 data from FlixPatrol, it has been seen that the series was the #4 show across the world from 30th September 2021. The series stayed in the French Netflix  TV top 10s for 18 days accruing 114 points. Overall France this show lasted in the top 10s  for 14 days. According to the statistics of Netflix, this series was ranked up 54.5 million hours views globally from 20th September to 10th October.

Obviously, this series has been set up for the second season with the finale of the first season. That has left a lot of questions Unanswered. Medhi is also running with the young thief. Netflix France has declared officially about the returning of Ganglands with the caption  “*we put our hood back on* Ganglands Season 2, coming soon.”

It is reported that before the renewal Premiere.FR spoke with Julien Leclercq, and the screenwriter of the series told them “We have plenty of ideas. Many things are possible. We are thinking about that…”. With all of the renewals, we will have to wait for a month or two after the primary release for Netflix for gathering data on whether or not to greenlight the second season.