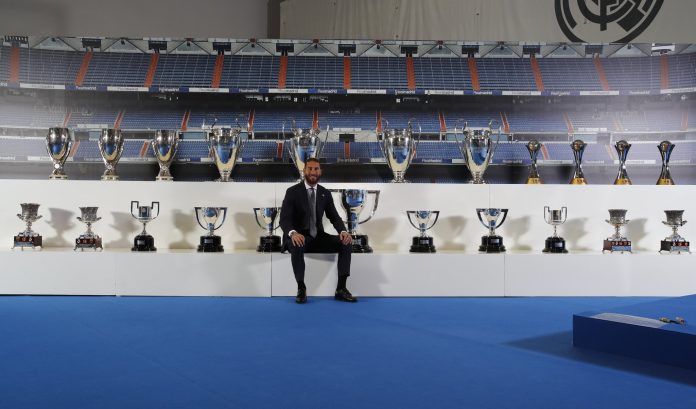 Sergio Ramos left Real Madrid this summer, upsetting many fans of the Spanish giants. The former captain said that he didn’t want to leave but the contract situation prevented him from continuing.

Months later now, it is starting to become more clear why Florentino Perez let the captain of the club leave. Four months into the new season, Ramos is yet to make his debut for Paris Saint-Germain. The Spaniard has been struggling with numerous leg injuries, and only recently joined training with the first team.

The 35-year-old was expected to make his debut against Nantes yesterday, but he wasn’t included in the squad. In the summer, he was left out of Luis Enrique’s Spain squad for Euro 2020. With his fitness issues, it seems clear that he might not be able to return to his peak level any more.

Despite leaving Real Madrid this summer and joining PSG, Sergio Ramos remains one of Madrid’s biggest legends. He captained them to four Champions League trophies and is one of the best centre-backs of his generation by a long shot.

His success for both club and country puts him at an elite level. But that is also a level that he might not be able to achieve any more.

The last time Ramos featured in a Champions League was against Chelsea at Stamford Bridge, in the semifinals last year. Ramos was also one of the highest earners in the Real Madrid squad and the fact that Florentino Perez replaced Sergio Ramos with David Alaba now seems like a managerial masterclass from the president.