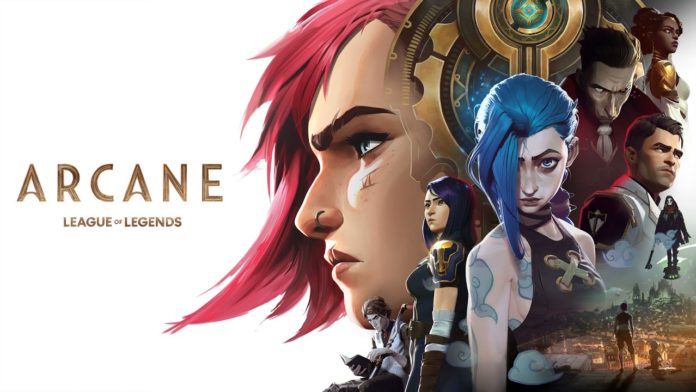 Get ready fans of Arcane, because the popular League of Legends spin-off animation, will be renewed for a second season, and this is no surprise especially for me given the game’s popular streak. The show’s official Twitter account confirmed the news, saying, “Friends, get ready to party. Season 2 of Arcane is currently in the works. When you need a Hexgate, where can you find one?”

Riot Games’ entry into television with Arcane is a first for the company. Riot Games and Fortiche Productions collaborated on the series development and production. Arcane debuted on Tencent Video in China thanks to a partnership between Riot Games and Tencent.

Riot Games and Netflix’s relationship has been so successful that League of Legends pick rates for characters from the show have surged immensely in the past few months. That popularity appears to be well-deserved. “The curse of videogame movies and TV spin-offs being trash has well and completely broken, and Netflix’s Arcane has given the fatal blow,” noted Steven Messner in his review of Arcane’s first act. He appreciated the film’s beautiful art style, energetic battle scenes, and balance of political drama and human growth.

Riot also launched two new games, Ruined King and Hextech Mayhem, as a surprise this week and these games are released under the Riot Forge name. Ruined King was created by Airship Syndicate and features JRPG-style combat akin to that of the studio’s previous game, Battle Chasers: Nightwear, while Hextech Mayhem, on the other hand, is a rhythm runner created by Choice Provisions, the creators of the Bit. Trip series.

The debut date for Arcane season 2 has yet to be revealed, and it’s unclear whether it will follow the same three-acts-in-three-weeks schedule as the first season.

- Advertisement -
Powered by JustWatch
Share
Facebook
Twitter
Pinterest
WhatsApp
Linkedin
Previous articleMicron and MediaTek collaborate to get their LPDDR5X on the market
Next article“Marry Me”: The trailer of the rom-com film of Jennifer Lopez has been dropped