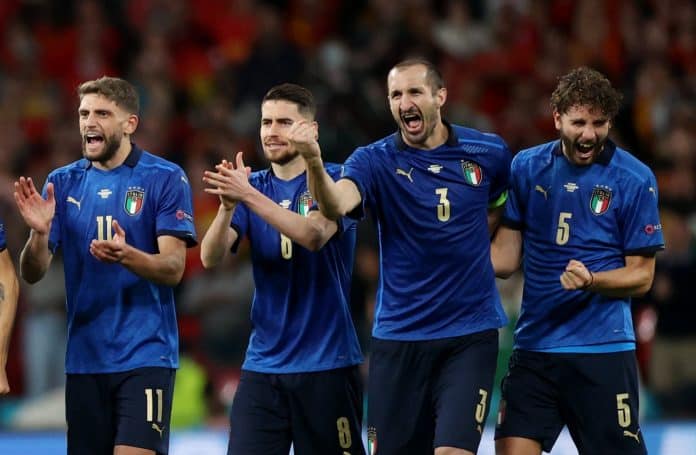 Italy and Portugal are the two most recent European Champions, and we might see a World Cup without both of them next winter. Both these countries have finished second in their group and will have to play in the World Cup qualifiers in March to confirm their place in the tournament.

For Italy, the shocker came against Northern Ireland. They were held to a 0-0 draw while Switzerland defeated Bulgaria in their final qualifier to earn the first place. A fair amount of criticism has been drawn in from the press in Italy regarding the situation.

However, Italy manager Roberto Mancini remains confident in his squad and their ability: “I’m confident,” said Mancini after the draw in Belfast. “What matters is that you qualify, not how you qualify.

“But I think in March we will go to the World Cup … and we’ll maybe even win it!”

While things might be looking difficult for the Azzurri, they are not quite out of contention just yet.

Portugal, on the other hand, were denied qualification by the finest of margins. The 2016 Euro winners lost to Serbia in the final European qualifier and ended up losing out on automatic qualification.

Just like Italy, they will have to participate in the qualifiers to confirm their place in the 2022 World Cup. There have been calls for Fernando Santos to be replaced as the coach of the Portugal national team due to his defensive tactics with such an offensive lineup. If Portugal miss out on their first World Cup since 1998, we might just see that happening.