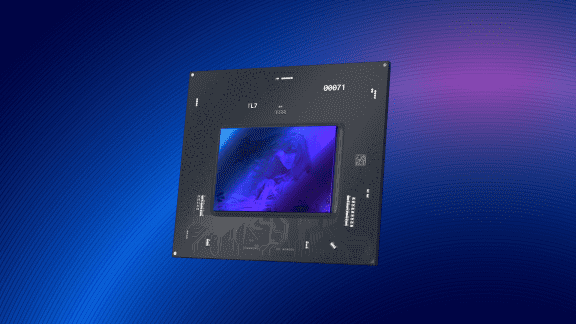 The Geekbench database has once again shown Intel’s flagship ARC Alchemist GPU-powered graphics card. The chip appears to be an early sample this time since it works at lower clock speeds than the highest frequency specified in the same benchmark.

The 512 Execution Units on the Intel ARC Alchemist graphics card make it easy to spot (4096 ALUs). The particular version is said to have a maximum boost clock of 2.1 GHz, yet the JSON Data given at Geekbench shows it running at a significantly lower 1.33 GHz. According to Videocardz, the GPU is operating at 63 per cent of its maximum performance capacity. The variation is most likely an early sample that has to be worked out before we can appreciate its full potential.

According to sources, this ARC Alchemist graphics card was also put through its paces on an earlier Core i5-9600K test platform. The OpenCL score varied between 65000 to 69000 points, which is virtually identical to the GeForce RTX 2060 performance. Because the Xe HPG-powered graphics card isn’t available yet and isn’t in its final shape, the performance figures presented here are essentially worthless when compared to any modern-day graphics card.

It revealed that Intel’s Alchemist 512 EU chip will have a surface area of roughly 396mm2, which makes it larger than AMD’s RDNA2 and NVIDIA’s Ampere offerings. The BGA-2660 package, which measures 37.5mm by 43mm, will house the Alchemist -512 GPU. The Ampere GA104 from NVIDIA is 392mm2 in size, which is equivalent to the flagship Alchemist chip, but the Navi 22 GPU is 336mm2 in size, or around 60mm2 less. This isn’t the chip’s ultimate die size, but it should be close.