“Firefly Lane (Season 2)”: All the latest updates about the series 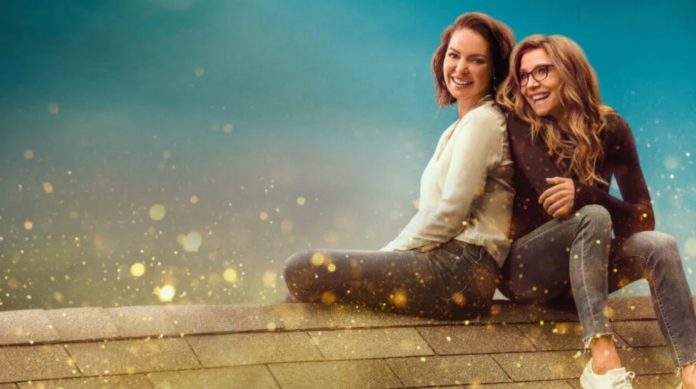 The second season of Firefly Lane is also in the middle of the filming in Vancouver, Canada, and after it has got the renewal back into the late May 2021. The entire second season has been confirmed, and the filming is underway; we will be able to build a good picture by discussing the expectations of the show.

This series is mainly based on the famous novel by US author Kristin Hannah; it tells the ongoing tale of two best friends, the obstacles to face their lives, and their friendship.

This show was revealed on 3rd February, Wednesday. It seems that the audiences will have taken to it far lightly as it is carrying a 7.5/10 till 1st July 2021. On Netflix, the series has performed very well in the top 10s list. It was in the top 10 list of US for 36 days and has performed well in the UK and most of the countries in Europe.

This show has taken such a few months, but Netflix has officially made the declarations about the returning of Firefly Lane for the second season.

It was announced along with their social media platforms and also on YouTube. The actresses like Katherine Heigel and Sarah Chalke are there to answer the fans’ questions and make the official announcements.

It is assumed that the first season has not covered all of the material from the novel, so there is still much of Tully and Kates’s talk that has been left to reveal. It is contained with the novel’s sequel, Fly Away, that will extend the tale even further. It has been confirmed that Maggie Friedman will return as the showrunner for season 2. In this Michael; Spiller has been tipped as the director of season 2.

The first season of the series was ended with two very contrasting pictures of Tully and Kate’s relationship. After Tully leaves her show, the pair start to enjoy such a cosy catch-up by the firepit; in this, Tully has promised Kate that she will also help her for getting the job while she has been hired again. We will go to the flash-forward for the scenes of the future that show such an emotional funeral, with Kate revealing that she never wants to see Tully again.

The second season will show the chaos or maybe the actual reason that Tully and Kate’s relationship so irritably. This show is based on friendship, that we will not be able to believe that these two would not be able to make up at the ending.

The confrontational final will occur at the funeral, and it is still not evident about it. In this, Tully has come to pay them respect, and it is obvious that the funeral of someone is closest to Kate. In this, we have two candidates: Kate’s ex-husband, Johnny, who has left for Iraq, and the elderly father of Kate. There is a potential second season covering the impact that has on Kate, like her teenage daughter, Marah.

It is expected that the second season will reveal about the career of Tully containing such offers that Kate that job.

This series is based on a reasonably famous novel that you would not have to find too hard as what will happen next to Tully and Kate.

Hey have uploaded the episode titles:

Episode 1- Wish You Were Here

Episode 2- On The Road

Episode 6- Reborn on the Fourth of July

In the last September of 2021, Netflix has declared our new additions to the cast. It contains Ignacio Serricchio, the Argentinian actor who will play the role of Don West in Lost in Space in December 2021, who has joined the cast of Firefly Lane and has been set to play Danny Diaz. Danny will play the role of a cocky sportscaster that has turned into the report and has developed chemistry with Tully.

Greg German will play the role on Grey’s Anatomy and play Benedict Binswanger in the second season as part of the influential logging family.

It is reported that India de Beaufort has appeared in Zoey’s Extraordinary Playlist and also will come in the Slumberland of Netflix and ell play Charlotte. In this, the character has been described as the quiet aspiring journalist who also has a crush on Johnny Ryan.

At last, Jolene Purdy will feature Justine Jordan in season 2, an upbeat talent agent with the knack for keeping a cheerful demeanour. Purdy is famous for her roles in the White Lotus and Wanda Vision.

In this, the second season was due to kick off the shooting earlier this year with the preliminary shooting dates that took place between August 30th and in the production in some of the form running along the 20th April.

Katherine Heigl tweeted on 24th August to confirm that she had been back in Vancouver to shoot the second season of Firefly Lane. There are several Instagram posts and reels. It seems that this series’s best guess is based on the production schedules at the time of the last publishing that is in mid-to-late 2022. It is assumed that production does not get interrupted.

There are a few filming updates in the middle of November 2021 through Twitter in the grouping cast together in one picture.