Crypto Ban not likely in India, but Government to discourage trade | Read the full plan here 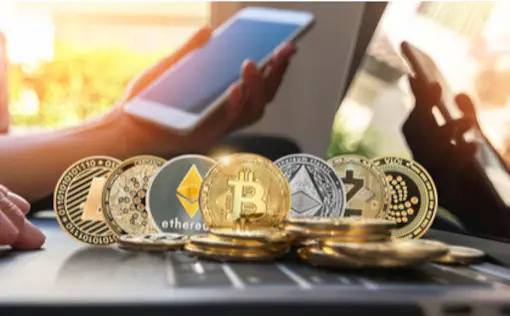 The cryptocurrency market has been blooming silently in India over the past several months and after repeated concerns raised by the Reserve Bank of India, the Centre has taken note of this issue.

The government, in recent days, has indicated that it plans to regulate cryptocurrencies to prevent investors from holding on to them without any restriction.

However, it does not want to ban crypto coins entirely, as planned earlier. This is because the government wants to evolve as the world changes every day, Prime Minister Narendra clearly said during a virtual keynote address at the Sydney Dialogue a day back.

According to a report by Reuters, the Narendra Modi led government is likely to allow only those cryptocurrencies that have been pre-approved by the authorities to be listed and traded on exchanges. The process is cumbersome but intentional, sources familiar with the developments have revealed to the news agency.

“Only when a coin has been approved by the government can it be traded, else holding or trading in it may attract a penalty,” said one source, requesting anonymity.

On Thursday, November 18th, Prime Minister Narendra Modi said cryptocurrencies must not fall into the “wrong hands and spoil our youth,” urging all democratic nations to come together and ensure things like these do not happen.

The government and the RBI have recently hinted about floating a strong regulatory control on cryptocurrency to avoid money laundering and terror financing, rather than banning it entirely.

According to the Reuter report, the government aims to introduce and pass a cryptocurrency law in the parliamentary session that begins this month. Such a pre-verification approach would create obstacles for thousands of peer-to-peer currencies that thrive on being outside the ambit of regulatory scrutiny, it said.

The Centre; had earlier in the year, indicated that it would consider criminalizing possession, issuance, mining, trading, and transference of crypto assets and bring a law regarding the same.

However, the stance has since changed, with the crypto ecosystem booming. But this is only a sight change, two sources told Reuters. Major capital gains, as well as other taxes, are likely to be levied on crypto-assets to discourage the trading of digital tokens.

As per a senior government source, investors “will have to pay over 40% on any crypto gains so far.” Additional goods and services sales taxes (GST), and securities transaction taxes, could be levied on top of any capital gains taxes, said the source, who wished to remain anonymous.

According to reports, the upcoming legislation is set to address the taxation part on cryptocurrencies, which is likely to be at 1%. The platforms trading with cryptocurrency may be classified as e-commerce platforms. The proposed Bill on cryptocurrency is expected to be tabled during the Winter Session of the Parliament.

Modi’s first comment on cryptocurrency comes against a backdrop of a high-level meeting chaired by the prime minister on the regulation of digital tokens last week, Cryptocurrencies are still not taxed in India, but they have not been recognised as an official currency.

However, according to a report by the Economic Times, cryptocurrencies may be allowed in India as an asset class, rather than being banned.

This means that it will not be recognised as a valid currency to settle transactions, but can be held as an asset like gold, share or bond.