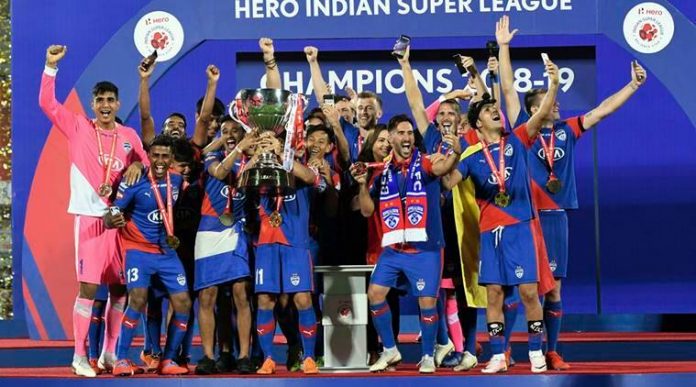 The eighth edition of the ISL begins on Friday, November 19. As a buildup to the new season, we take a look at all the teams participating in the tournament. In this article, we are looking at Bengaluru FC and how they are lining up for the new season.

After finishing in the seventh position last year, new manager Marco Pezzaiuoli will have to work hard to turn the team into title competitors once again. Their performances in the AFC Cup were not very good, but it provided Pezzaiuoli with a platform to understand where changes are needed.

Bengaluru have a great attacking line-up, with captain Sunil Chhetri, Cleiton Silva and Prince Ibarra. Moreover, they have India’s first-choice goalkeeper in their team as well, Gurpreet Singh Sandhu.

Organising the defense ahead of Sandhu will be the biggest challenge for Pezzaiuoli this season. Alan Costa and Yrondu Musavu-King, the two overseas centre-backs, have failed to show stability in the backline. Moreover, there is a lack of dependable India central defenders as well.

Should Pezzaiuoli be able to improve Bengaluru FC’s defense, they might be able to challenge for the title this time around.