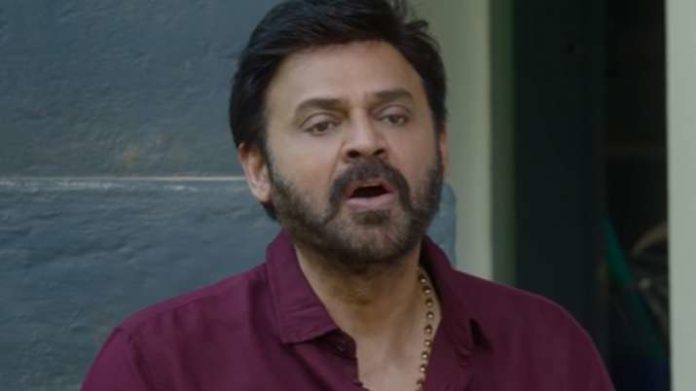 The trailer of Venkatesh Daggubati’s featuring film Drushyam 2 has been dropped. It is mainly the Telugu remake of the Malayalam movie Drishyam 2. The makers have shared the good news on 12th November.

This movie has been directed by Jeethu Joseph and produced by D. Suresh Babu, Rajkumar Sethupathy and Antony Perumbavoor belong to the Suresh Productions, Rajkumar Theatres, and Max Movies. It is the sequel of much loved Telugu superhit Drushyam.

The makers were revealed the first look of the film in September. The teaser of the movie and the release date have been also revealed, and fans are very excited about it. After sharing the 52-second teaser, that makers wrote the scars could be able to ruin their future. In Rambabu;’s world, the reality is strange than fiction. Watch # Drushyam2OnPrime, Nov. 25 only on @PrimeVideoIN.

The shooting of the film had been wrapped up in April this year. The makers also have revealed the first-looking September. After sharing the first look, the makers had tweeted that in his world the visuals and deceptive … Rambabu will be back on September 20th at 10: 08 am.

This film is featuring Mohanlal, Anjali Nair, and Meena in the role of Jyothi, the wife of Rambabu, Esther Anil as younger daughter, Kruthika as Anju.

The first part of the film was dropped in 2014 after a year of the original and also had been by Supriya. In the second instalment, Jeethu Joseph, who has directed the two of the Malayalam versions has been brought in. The police officer, Getha Prabhakar had played by Nadhiya the is hell-bent on not sparing anyone as he is still hunting for the whereabouts of her son. There were also many problems that they had disappeared. This is a too small pass and says Venkatesh the trailer in the ending visual.

This Amazon Prime Video exclusive will release on 25th November 2021.

A big thanks for source1.