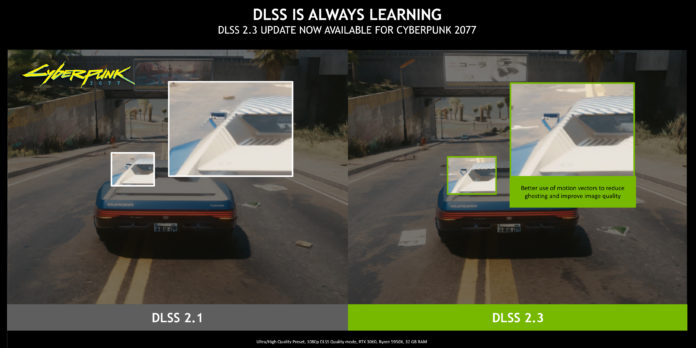 As expected, NVIDIA has made the new announcement of its new Game Ready Driver i.e. NVIDIA GeForce Game Ready 496.76 WHQL update that weighs 832MB. It provides the best day-0 gaming experience for Battlefield 2042 and adds 10 new games with DLSS.

The updates include the new DLSS version 2.3 that is already supported in over 15 games (including patches for Cyberpunk 2077, Doom Eternal, and others) and an upgrade to the NVIDIA Image Scaling algorithm that works with all games. Additionally, this Game Ready Driver also provides the best experience for Ruined King: A League of Legends Story.

NVIDIA DLSS now offers the ultimate image quality and performance in over 130 games and applications and keeps evolving with the recently released DLSS 2.3 SDK. DLSS 2.3 makes even smarter use of motion vectors to improve object detail in motion, particle reconstruction, ghosting, and temporal stability.

There are a number of games that have already been released with DLSS 2.3 including:

DLSS is an AI-based temporal super-resolution technology that is unique in boosting frame rates while maintaining image quality comparable to native resolution. With an ever-growing library of games, undoubtedly, DLSS is making a statement of its own with most modern games’ performance can be boosted with it.

NVIDIA DLSS adoption is growing rapidly, accelerated by easy-to-use Unreal Engine plugins and native support in Unity. In November ten new games will be getting DLSS, including:

Let us know which game you are most excited to play with DLSS!!!