“Michael Che: Shame the Devil”: Che has returned with his fantastic funny jokes on Netflix 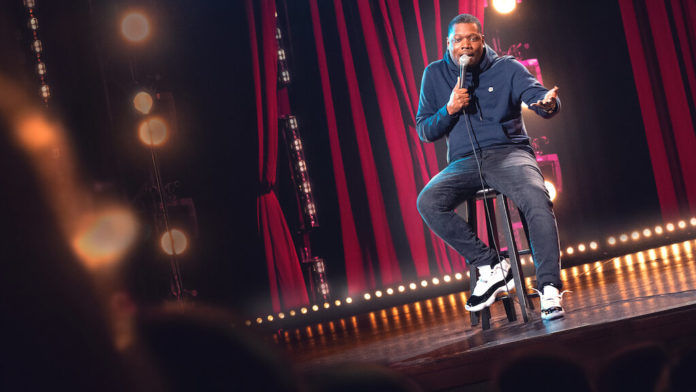 Netflix has dropped the trailer of the Stand-up special shows. In this show, the man is mainly known for his role in Saturday Night Live, playing the role of co-presenter of the iconic ‘Weekend Update’ along with Colin Jost, and also wildly contain as the funniest SNL cast members.

The new comedy debut of Michael Che’s has been titled Shame the Devil. This show has been directed by Kristian Mercado, and the producer is Irony Point. Che has taken his social media account and confirmed about it, and hinting towards it and telling that he has felt sorry for the people who had to follow up on Netflix’s last comedy special, it has been closer to Dave Chapelle’s The Closer, this has been wildly controversial from the beginning.

The shooting of the special was done in September in Oakland, California; Michael Che also has been contained it in the second Instagram that he “wanted the show to come out sooner”, but hilariously contained, “we decided to wait until Netflix workers used up all of their walkout days. Look. I don’t want any trouble. “This show is mainly the follow up of his 2016’s Netflix comedy show Michael Che Matters, where the comedian has discussed the several topics from Black Lives Mater to gentrification that had been very important for that year.

It has become the special set for featuring his view on American Patriotism, jealous exes, Black Leadership, and many more. It seems that Che has to fill a long space, in the largest and most recent comedy special of legendary comedian, Dave Chapelle’s named The Closer, that has gained such major controversy over the consistent skirmishes with the LGBTQIA+ community, and mainly focus on the transgender community as some were found offensive on the jokes and comments in the past.

We all know the Che became popular after his work on Saturday Night Live, serving as the co-anchor. Che and Jost co-hosted the 70th Primetime Emmy Awards in 2018.

Che is very correspondent for his The Daily Show with Jon Stewart and has previously been worked as the writer of Saturday Night Live. In 2014, at the end of September, he became a Weekend Update co-anchor for the 40th Season of Saturday Night Live and Colin Jost by replacing Cecily Strong.

Che is well known for his hilarious personality and the immaculate delivery of jokes, which is best seen in his SNL stint. In his last special in 2016, he was praised for its collection of several jokes and topics based on the jokes; on paper, they just seem entire thing unrelated, with Jesus and white girls dancing as the prime example of the fact.