“Limitless”: Thor hero Chris Hemsworth is pushing the limits of mind and body 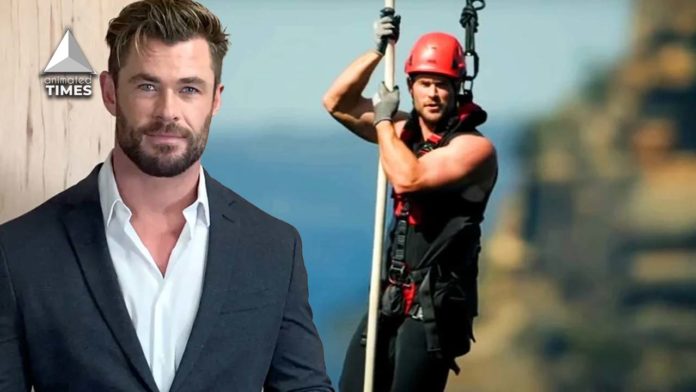 The Thor hero, Chris Hemsworth, has set to come with a new avatar. Chris Hemsworth is come in Disney+’s new series to examine his limits, with Limitless. It is evident that the team of Disney and National Geographic have become part of the travel.

It is the part of the athletic show that has set to stream on the platform at any time in 2022. It is a six-episode series under the direction of Academy Award-nominated director Darren Aronofsky, and the production is Nutopia Productions. The trailer of the series has promised for pushing the Thor hero as far as his entire body and mind can reach.

At the beginning of the trailer, Hemsworth is telling “You’re probably asking yourself why I’m dangling off a rope a thousand feet off the ground”, it is assuming he has started hanging from a long piece of rope that has been attached with the cable car towering above him, it is oddly reminiscent at the opening scene in Thor: Ragnarok.

As Hemsworth continues, “I’m asking the same question. Well, Disney wanted for making the show about longevity, that turns out this has something to do with it. Here we go”. He has started with shimmying his path up to the rope and climbing towards the suspended cable car one thousand that is put into the one thousand feet above.

The remaining part of the series has revealed that Hemsworth in every situation imaginable, from swimming in icy cold waters to carrying weights up to the bleachers of a football stadium to jumping from tall buildings and beyond.

The interesting fact is the show is not just based on the physical feats of Hemsworth, and it is also based on his mind that is as sharp as his body. There is a voice off-screen to Hemsworth, “How can we be present with our stress now so that  it does not kill us later?” It’s the question of the actor about the connection of mind and body that he needs to take challenges in his way successfully.

During the trailer, it has been heard that an intertitle is saying, “Our search for” followed by several others stating the words “ strength”, “resistance”, “memory”, “resilience”, “regeneration”, and “acceptance” that is making the latest series to look like it will be based on the entire human experience and just not like another show of pushing only physical limits.

Undoubtedly, Hemsworth is the perfect host of this series from both sides as an athlete and a person who can take the tasks at hand seriously.