Rudra: Ajay Devgn has started shooting for the Disney+ series 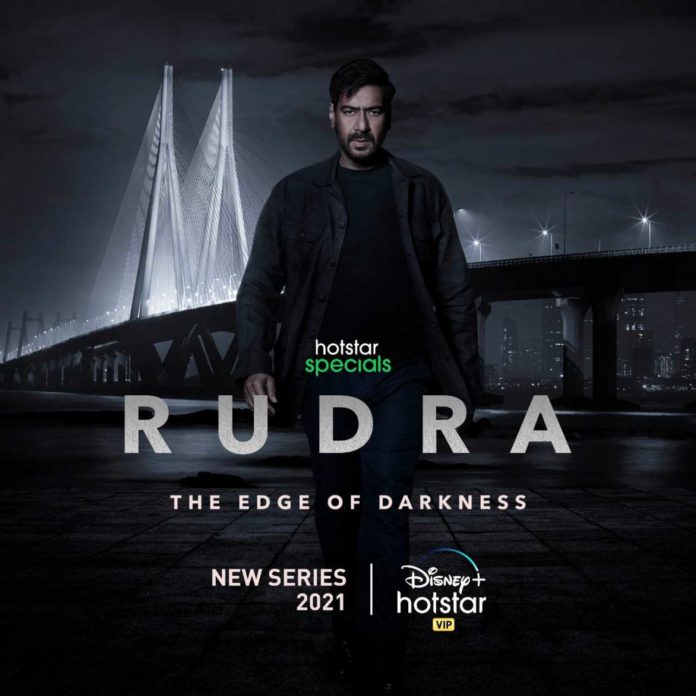 Ajay Devgn has made an announcement that he will make his digital debut in the digital space, earlier this week with Disney+ Hotstar Rudra: The Edge of Darkness. Now, the actor is all set to shoot for the series.

A source close to the series has shared that the makers of the series have planned a schedule for a whole month in Mumbai. As per the Mid-Day report, for the series, a set has been built in Ellora Studios, Mira Road, where the team will film till early December. It has also come to know that the production has said and chosen to practice the “no phone” policy in order to maintain the secret around the thriller.

Rudra: The Edge of Darkness is produced by Applause Entertainment in association with BBC Studios India. The series is basically the Indian take of the successful British series named Luther. It is an engaging dark and gritty crime-drama-based series. All in all, it will bring a unique format of storytelling and powerful characters. The series also stars Esha Deol in a pivotal role.

In the series Rudra, Ajay Devgn is going to portray the role of a cop once again, this whodunnit drama is expected to be much darker, presenting the star in a never-seen-before avatar. Ajay Devgn, the 52-year-old, who is very much excited about his OTT debut has said that Rudra: The Edge of Darkness “is a compelling and highly intriguing story.”

He said in a statement while announcing about the show that, “My attempt has always been to tell unique stories and work with good talent. The idea is to raise the bar of entertainment in India. The digital world excites me, and I am looking forward to working with Applause and BBC to bring this series to life on Disney+ Hotstar VIP. Rudra – The Edge of Darkness is a compelling and highly intriguing story and I can’t wait to begin this new journey!”

He further added, “playing a cop on screen is not new to him”, Ajay said the reason he felt drawn towards the series is that his character is “intense, complex and dark”. Further, the actor has concluded that “What drew me most to his persona, is that he is possibly the greyest character you may come across in recent times”.

Read:- Bhuj: The Pride of India trailer released: Ajay Devgn’s new film is all set to get released.

“Jungle Cruise”: The Indian release date of Emily Blunt and Dwayne Johnson’s film has been announced

Here is the September Watchlist of Disney+ Hotstar