What can Dani Alves bring to Barcelona as he returns to the club? 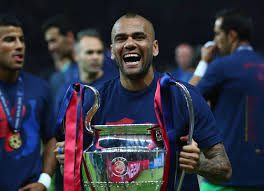 Dani Alves has returned to Barcelona after reaching an agreement in principle with the club. The player has been a free agent since leaving Sao Paulo due to financial disputes, and offered his services to Barca. Xavi Hernandez confirmed the news at his presentation, and his former teammate is now a part of the club once again.

The Brazilian is the most decorated player in football, winning 46 titles throughout his career. At 38, he is probably not going to be the first choice right-back for Barcelona. But the main reason the club brought him back does not seem to be due to the team.

With such a history of winning silverware wherever he goes, having Alves in the dressing room will help boost the mentality of the team. He is a strong personality and can strongly influence the upcoming generation at Barcelona.

The right-back was a part of Barcelona’s most recent golden generation, and knows what it is like to play for the Blaugrana. And now, he can pass that knowledge down to the youngsters, as the club is struggling. Barcelona have noted on their official website that Alves will not be able to play until January.

But, they have also confirmed that the Brazilian will join training from next week. As a result, it seems to be confirmed that he is expected to be a mentor in the team, as well as taking up a playing role.

The team has had to endure a lot of hardships in recent times, and the presence of natural leaders like Xavi and Dani Alves in the locker room once more can possibly restore Barcelona to their former glory.