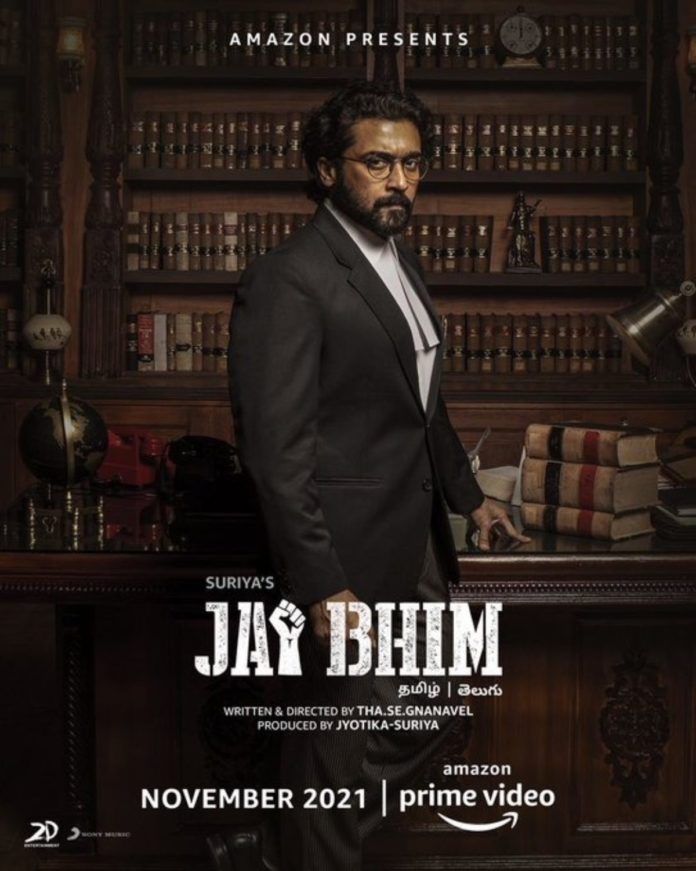 Jai Bhim, the Tamil film starring Suriya has received a lot of positive responses from the film critics and the audience also. This courtroom drama-based film has impressed a lot of people so much that the IMDb rating of this film has surpassed the rating of Hollywood’s popular drama named The Shawshank Redemption.

This film is written and directed by a journalist-turned-filmmaker named TJ Gnanavel of Kootathil Oruthan fame. The film also boasts of an impressive supporting star cast that includes Rajisha Vijayan and Prakash Raj. In addition to acting in it, Suriya has also bankrolled the film under his production banner 2D Entertainment.

Jai Bhim, the Tamil film has its recent IMDb ratings of 9.6 with 73k votes, while The Shawshank Redemption’s rating is 9.3 with 2.5 million votes.

Jai Bhim is a film that is created by taking inspiration from real-life events that have taken place in the 90s. The film stars Suriya who plays the role of advocate Chandru that leads a protest in the court. Basically, he was handling a case that was dismissed as pointless by big-shot lawyers in the High Court. But, not for Chandru, who is determined to get justice for a tribal woman, who has been wronged by the legal system. The system here has been rigged to exploit the poor and benefit the rich and the powerful.

The film was released on the streaming platform named Amazon Prime Video just before Diwali i.e. on 2nd November 2021.

Manoj Kumar R of indianexpress.com has said about the review of the film is Jai Bhim is Suriya’s most powerful till date.

He further added, “Suriya feels natural and very comfortable in the role of a firebrand advocate. It is as if he’s not just performing the lines written by the director, but he really believes in every word and gesture he delivers in this film”.

Read:- Jai Bhim is all set for its digital release on an OTT platform, starring Suriya: The release date has been revealed