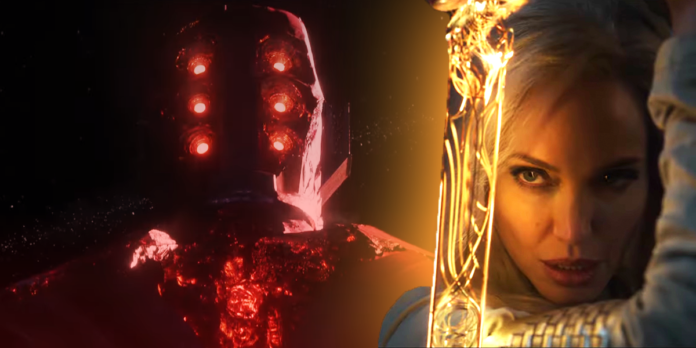 It seems that MCU has a lot of irons in the fire as the first year of Phase 4 will be seen in the third film. It can be said that Marvel’s Phase m4 is very well and also truly it is underway after the four TV series and the three films all will drop within this year. It is expected that the sheer volume of MCU content that has been dropped this year and make the fact that we actually do not give a ton of information based on Phase 4 and all the more are baffling. It is not clear about the team will form for the replacement of the decimated Avengers, now the newly introduced villains will become the biggest threats and we don’t know about the multiverse that will come to play the role.

Among these continuous mysteries, the Eternals will provide some hints and also some pertinent information like our own ongoing understanding of Phase 4. We have not gotten the proper answers to the questions and there are a lot of have in the mix now.

The Celestials as the big threat

We have known that Kang the Conqueror in the blend thanks for the Loki TV series so that become one of the major threats that are well on the way but now the celestials have come at the fray. It is very easy to guess that we are going to face some issues with them with the continuation of Phase 4 but it will be very interesting how those problems will be manifest.

There can be more Eternals on the other planet

Actually, we have already seen them. In the comics, Thanos is obviously an Eternal belong to the other planet Titan but the film has drastically changed the overall definition of an “Eternal” that is for the MCU, so this is definitely a bit of mystery. It can be possible to reframe our understanding of Thanos retroactive which means something in the multiverses we will going to see as the encountering.

The presence of Starfox

It has been rumored that Harry Styles has participated in the MCU as Eros AKA Starfox, who is the brother of Thanos and also an Eternal himself. T is seriously very hard to declare about the actual means in the context of the MCU that has given about the much of the Eternal’s lore that has been shifted. In the comics, Eros has the capability to manipulate emotionally the people so lookout as he has been continued forward.

The arrival of Blacknight

The family legacy of Dane Whittman’s family is definitely coming back to haunt him as we had seen in the final post-credits scene. In this, the sword that he had been contemplating the Ebony Blade, that has been the powers that are very similar to the One Ring-it will make you massively strong but has been feed off the negative emotion and also has been corrupted you along the process that we have obviously cannot confirm about the version of the Ebony Blade would end up in the MCU or not that is pretty very obvious us that Dane had been nervous for the reason.

The entry of Blade

It will be played by Mahershala Ali. In 2019 he was announced but after that, no news has been come about the Blade project, after not appearing on screen yet that we have been going to take this as a win.

The Eternals need to introduce themselves on Earth

After Tiamut has been defeated there are not every Eternals who have taken to the stars. Spire may also have become to be the human herself, but Kingo, Phastos, and Sergei are still under the calling of the Earth home. In this Sersei may be unceremoniously abducted by Arishem and also be prompting the attempt of Dane for rescuing mission, but Kingo and Phastos not come. They will really need to take such necessary introductions as he characters like Sam Wilson and Shang-Chi.

The Eternals may run into the Guardians and Thor in space

It is not clear from where the Eternals have taken off, other than to find other Eternals but there are a lot of MCU heroes out in space for them to communicate with them. Last time, The Guardians and Thor had been headed out to look for Gamora who is definitely connected with Thanos who is an Eternal, and the brother of Eros, who had been crashed with a ship of Eternal. It could be a stretch of hope for Thena, Druig, and Makkari for showing up the guardians 3 or Thor 4.

The consequences of killing Tiamut

The most consistent thing in phase 4 is the consequences that are part of the deal. It has been gone are the days while “solo” MCU film villains and also the events have happened within their own respective bubbles now they have things just like Loki who has screwed up the Multiverse and Wanda to uncover her reality-warping potential. These things might not be as quiet as dramatic as half of the population of the universe disappearing but there is the precedent that has been set.

It has been disregarded that Arishem is now pissed about the failure of birth of Tiamut, it is likely will be going for the some of the ongoing issues with the almost emergence as you cannot add much ice to earth’s oceans and presumably accomplish most of an apocalyptic volcano without any fallout.

Eternals: The Marvel Studios’ movie is all set to be released in India; All details about the cast, trailer, plot, and release date

“Eternals”: Marvel has released the final trailer and explains the reason for their absence from Avengers Endgame