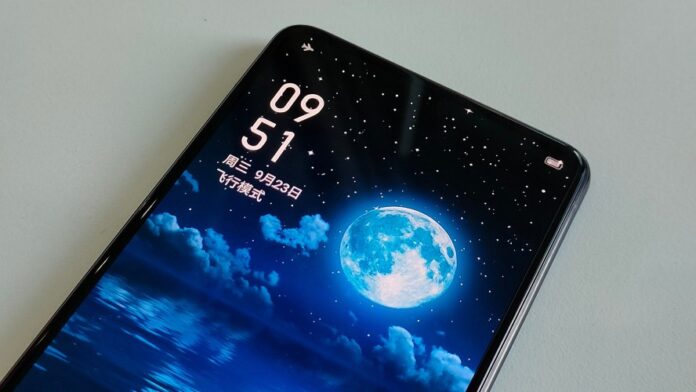 Realme, which is usually a very active player in entry and mid-range smartphones, seems to have taken the first steps to use new technologies. The under-screen camera technology, which we have not seen on many phones yet, has already begun to be considered as the front camera design of the coming years. Realme, which we often see affordable phones, received a patent to use this design.

Realme’s first smartphone with a below-screen selfie camera is supposedly revealed in a patent document. There has been a persistent rumour in the industry for some time that Realme is working on its first phone with a camera underneath the display. Realme VP Xu Qi Chase posted an image of a smartphone with no notch or punch hole for the selfie camera on Weibo in September, and he acknowledged in the post’s comments that the device will not have a pop-up mechanism, hinting that it will work with beneath-show camera technology.

When we examine the details in the design, we can deduce that the edges will be produced from a metal material. This detail is not a detail that can be found in affordable devices. Generally, we see that plastic material is used in affordable devices and aluminum material is used in medium levels. The fact that metal will be used in this device means that it will be in the upper segment.

The Realme phone has a high screen-to-body ratio thanks to the removal of the notch or punch-hole cutout. A curvature can easily be seen on both sides of the phone – display and back – as well as some other elements we may deduce from the sketches. On the top and bottom frames, certain antenna lines are clearly marked out, indicating that it will be built of metal. As a result, this is most likely a high-end model.

On the left, there are distinct volume controls, and on the right, there is a thin power button. Because there is no huge fingerprint reader combo, we can expect an under-display reader. Finally, the SIM card tray and a USB Type-C port appear to be located on the device’s bottom.

Apart from Realme, some other Chinese companies Honor, Oppo, and Vivo are also said to be working on the under-display selfie camera technology for smartphones.