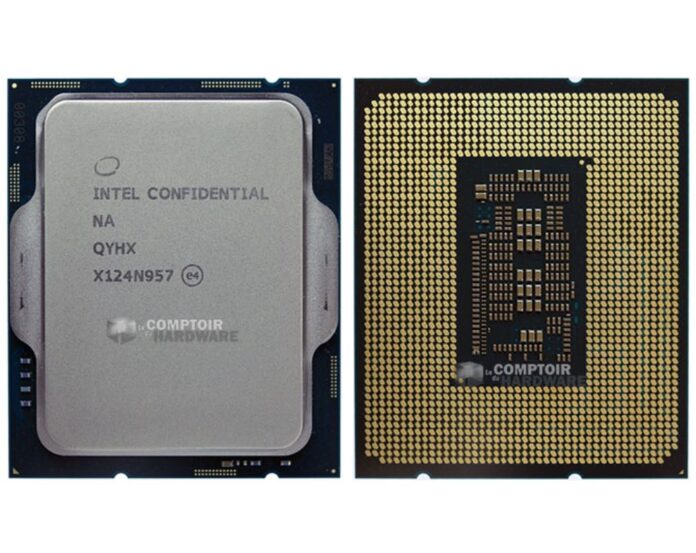 Intel’s Alder Lake is finally here and many analysts on the internet who have got their hands on intel’s new processor family are showering praises for the i5-12600K and the CPU is being termed as the best value option among the new Alder Lake-S processors.

However, there just might be a better Intel solution launching in a couple of months. According to a French review site Comptoir Hardware, they have come into possession of what looks to be a qualification sample for the unreleased i5-12400F processor.

After seeing the test results the reviewing site has boldly recommended the new processor to be a strong competitor against the AMD Ryzen 5 5600X, especially from a pricing standpoint.

The i5-12400F (no GPU) uses the smaller Alder Lake die which does not come with efficiency cores, so it only features the same 6 performance cores with hyperthreading from the i5-12600K.

Base TDP is reported to be 65 W, and the maximum turbo power appears to be 117 W. cores reportedly run at as low as 800 MHz and a single-core boost can reach 4.4 GHz, although sustained boosts drop to 3.4 GHz.

The reviewers have tested this particular Alder Lake CPU on a system with Windows 11 running along with a Radeon RX 6900 XT GPU and a DDR5-6000 RAM kit.

Comptoir Hardware provides an extensive review which is termed to be very exhaustive with so many benchmarks, yet the Cinebench R23 and the overall gaming results should be enough to draw solid conclusions. Coming to Cinebench R23, the i5-12400F beats all Ryzen 5000 processors in single-thread mode, however, in multi-thread mode, the CPU marginally outperforms the R5 5600X.

For now, there is official information regarding the pricing of the CPU but, we can expect the same price as the US$157 MSRP of the i5-11400F with an average raise of US$20 from Rocket Lake to Alder Lake.