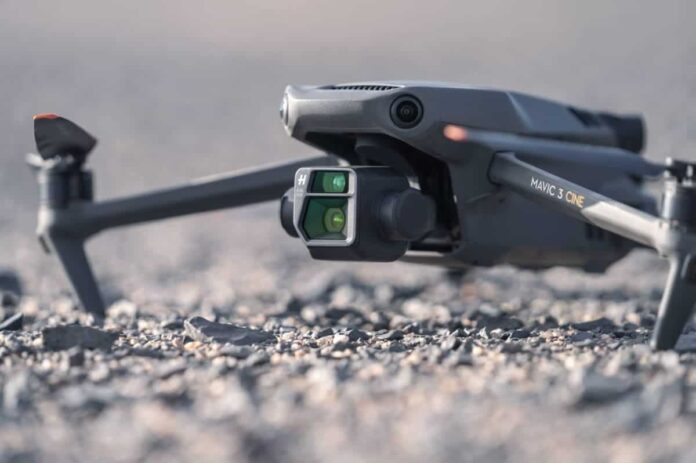 At last, the most anticipated drones from DJI has finally been released. It is mainly the two drones. Recently, DGI has released the Mavic 3 and Mavic 3 Cine. There are also two big headlines that feature the shared between both of the new drones, but let start with the one reserved for the $4,999 Mavic 3 Cine.

The DJI Mavic 3 Cine model will be capable to film Apple ProRes 422 HQ footage at 5.1K up to 50FPS, and it also has also a built-in but not user-replaceable, 1TB SSD.

We will like to inform that that the cheaper version of the $2,199 Mavic 3 will not come with the ProRes or with the built-in SSD but has shared the same dual-camera system powered by a 4/3 XMOS sensor.

Both of the drones are capable of filming in 4K up to 120fpps and can capture 20MP images. It is contained with a 24mm lens, there is also the hybrid zoom feature that is capable to take 28x digital zoom. In terms of the focal lengths that equate to 162mm at f/4.4.

In this, it is reported that both of the drones have their batteries rated for 46 minutes of flight time that is very significant for the upgrade over the battery of Mavic 2’s 31-minute battery and also even the Mavic Air 2s & 2S that could fly for 34 and 31 minutes just on one charge.

The two drones are the successors to DJI’s Mavic 2 Pro and Mavic 2 Zoom that was released in 2018 that has been introduced the first Hasselblad camera. In this, the built-in colour profile of the Mavic 3 has also been capable of shooting the footage in 10bit D-log for more control over the colour in the post-processing. The DJI Mavic 3 has shared the omnidirectional obstacle sensing except to the sensors that are now capable to detect objects even 200m away that has been compared to 20m before.

In this the updated version n of DJI’s proprietary transmission technology, OcuSync 3+ that has promised 15km of range and also 1080p at 60fps live feed transmission for the smartphone controller.

It has been added two additional batteries, a charging hub, four sets of propellers, and also a carrying case that has been transformed into a backpack and also has a set of ND filters. It will cost $2,999.

The last and the ultimate bundle is the Cine Premium Combo that indicates the ability to purchase the cine version of the Mavic 3 without even spending more of the money on the accessories that will come with it. The Cine Premium will include the additional set of ND filters. This Cine Premium Combo bundle will cost $4,999.