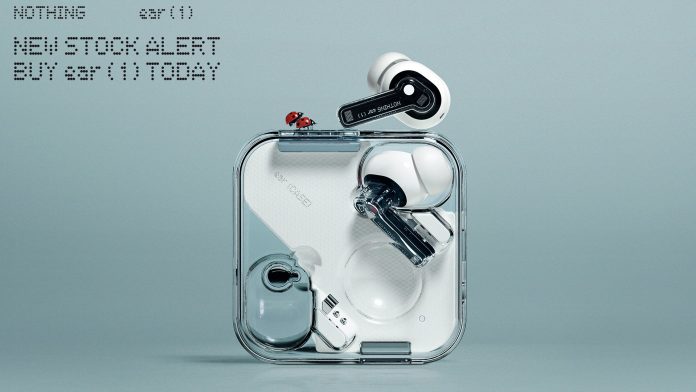 Carl Pei’s Nothing is reportedly planning to launch over 5 new products in the foreseeable future. In an interview with India Today, Nothing India’s Vice President and General Manager Manu Sharma took a moment to reveal the company’s plans for the future.

According to the report, Nothing is currently working on bringing over five new products to the market. “For our way forward, our mission is to build for the future. We are speeding up very rapidly in terms of building a pipeline of products, we already have five products in development that we are speeding up to meet our mission of launching iconic products and we are excited about that,” Sharma told India Today.

Last week, the tech entrepreneur took to his blog to congratulate his team for a year’s hard work with a warning that things could get sticky. While crediting his team for managing deliveries during the global lockdown, Carl Pei accused a major incumbent of blocking the company’s access to the supply chain. Of course, he did not mention any names, as is wont in this competitive industry.

Nothing has not revealed a timeline regarding when these products will see the light of day. However, the report mentions that we could see one more product from the company by the end of the year.

While we don’t know the exact product catalog just yet, the upcoming gadgets from Nothing will also take a design-centric approach. “We are heavy on our design approach. Of course, it’s led by Carl Pei, who’s at the helm and is leading from the front. I think in a matter of one year, we have been able to establish ourselves as one of the most anticipated brands to come into the stagnant consumer tech market,” Sharma added.

One interesting tidbit revealed in the report is with respect to Nothing ear (1)’s sales figure. Going by the report, India was the biggest contributor to ear (1)’s global sales and was the leading market that contributed to the success of ear (1). With Nothing’s partnership with Qualcomm, it will be interesting to see what the company has in store for its customers going forward. Thanks to past rumors, we already know that the company is working on at least a phone and a power bank.

There have been rumours that Nothing could be launching a power bank this year and a smartphone in the first quarter of 2022. There could also be products in the lifestyle segment of the consumer tech industry, though company officials have, as always been tight-lipped about their plans.