All the details about Battlefield Portal 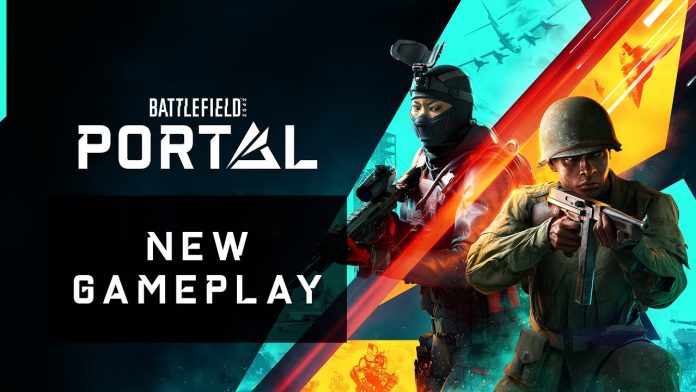 In this, the latest Battlefield 2042’s Battlefield Portal mode has been exposed about the gameplay for each of the returning of the map and also completely detailed how it has been ruled and mechanics work.

There is also the latest new Battlefield 2042 trailer for the Battlefield portal mode that has been showcased the gameplay footage for coming maps from Battlefield 3, 1942, and Bads Company 2 like the ambitious mash-ups that the users can make and also can play in. There is Battlefield 2042’s removal of the classes and also there are such a few other series staples that have been divisive, and the Battlefield Portal mode is definitely a love letter for the series history and also for the many settings.

In addition to Battlefield 2042’s main All-Out Warfare (standard multiplayer) and Hazard Zone (squad-based extraction) modes, the upcoming multiplayer-only FPS game will also include Battlefield Portal. The third mode heavily emphasizes player customization and nostalgia, as users can set up matches with the rules of their choice on a variety of classic maps – including series favourites like Caspian Border, Battle of the Bulge, and Valparaiso. Ahistorical faceoffs like Battlefield 1942’s WW2-era US soldiers against Battlefield 2042’s futuristic specialists can be fought, and each games’ weapons, equipment, and vehicles will also be present and accounted for.

Previously, only a few Battlefield Portal maps from past games were shown in-action, but a new Battlefield 2042 trailer includes gameplay footage on Battlefield 3’s Caspian Border and Noshahr Canals, Battlefield 1942’s Battle of the Bulge and El Alamein, and Battlefield: Bad Company 2’s Valparaiso and Arica Harbor. Each brief gameplay segment shows how the maps have been visually reconstructed in 2042’s engine while highlighting the apparent fidelity present in some of their most memorable locations.

In addition to the latest Battlefield 2042 gameplay trailer, the EA website now gives a full rundown of exactly how the Battlefield Portal mode’s user customization works. Rather than integrating it fully in-game, the Battlefield Portal Builder app is accessed via web browser, where players can then join together game modes, map rotations with options for small, medium, and large maps (the lattermost size isn’t accessible on PS4 and Xbox One), and a number of modifiers.

These modifiers range from changing active UI elements and disabling friendly fire to toggling classic soldier weapon tuning and Battlefield 2042’s weather events on and off, and bot AI behaviours can also be tweaked.

Battlefield Portal is dizzyingly intricate in terms of everything that can be controlled in a given Battlefield 2042 experience, and its flexibility and limits will no doubt be put to the test by creative users when it becomes available.

As a mode, Battlefield Portal stands in stark contrast to Battlefield 2042’s direction in general, which has so far seemed defined by trends set by other live-service multiplayer games, evidenced by its Call of Duty operator-inspired specialists and Escape from Tarkov-like Hazard Zone

A Big thanks for the source.

- Advertisement -
Powered by JustWatch
Share
Facebook
Twitter
Pinterest
WhatsApp
Linkedin
Previous articleCrypto scammers have stolen more than $500,000 in cryptocurrency just a few days over this weekend
Next articleThe SQUID cryptocurrency is back again to scam people of their hard-earned money