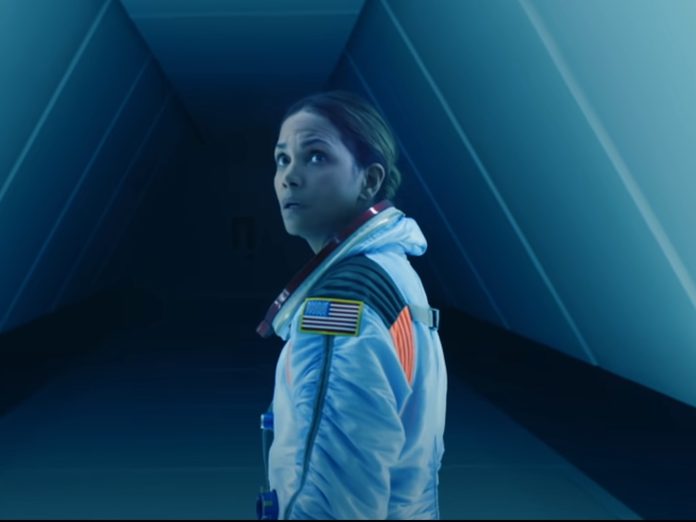 It is the latest trailer of Roland Emmerich Moonfall that has been revealed about the moon that is fake. In this Emmerich who is best known for directing Independence Day, has been helmed Moonfall from the script that he has co-written with Spenser Cohen and Harald  Kloser. We have seen Emmerich in most of the disaster films, that he has been assembled a stellar cast contain with Halle Berry, Patrick Wilson, Donald Sutherland, Michael Pena, and John Bradley.

I the latest trailer of Moonfall that has been revealed and opened with Sutherland’s Holdenfeld and also have discussed bout the Apollo 11 mission, that has revealed a cover-up involved with the true nature of their space flight which the government has been kept with the secret for 50 years. On this Holdenfield has told that now it’s too late to stop before the trailer has started to highlight the mass destruction and the civil unrest the earth is suffering from the displacement of the moon. It has followed the barrage of disastrous sights, the trailer has made to the moment featuring the film’s protagonist and flying the ship along the center of the moon, that follows metallic structures spinning through the core, and highlighting the fact that the moon does not appear to be the natural formation but rather the constructed one.

It has been looked to be offered such an epic spectacle along with its massive scene of destruction. It is far from the first time Emmerich has been made the film by featuring an apocalyptic level disaster. Emmerich’s most film to date is 1996’s Independence Day that has been featured in the city-sized spaceships and has been humankind uniting against a seemingly insurmountable alien invasion. Emmerich also has been directed in the 2016 sequel, Independence Day: Resurgence that will up the stakes.

In this new trailer the fact that the moon will not appear as real and it will look to be keeping much bigger secrets tightly under wraps. The movie has seemed for embracing pure science fiction like most of Emmerich’s films that are also meant for work for fun spectacle with some taking issue with the actual science on display in movies like “The Day After Tomorrow”.

This film has set release on 4th February 2022.

- Advertisement -
Powered by JustWatch
Share
Facebook
Twitter
Pinterest
WhatsApp
Linkedin
Previous articleHere is the list of the Upcoming Fantastic shows on ZEE5 in November 2021
Next article“Money Heist: Part 5 Volume 2″ The trailer of the series has been released as we come to the end of the Netflix series