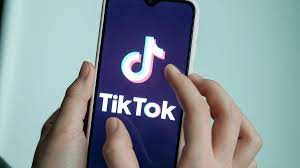 According to recent sources, ByteDance Ltd. the company that owns TikTok has ordered its employees to end their day by 7 p.m. after this announcement, the conglomerate has become one of the first tech companies in China to officially mandate shorter working hours for its employees.

Staff in China should only work from 10 a.m. to 7 p.m. on Mondays to Fridays and will need to seek permission to stay beyond those hours at least one day in advance, this statement has been announced by the company’s internal document on Monday, reports Bloomberg.

China’s grueling work pace is also known as “996” because employees often labor from 9 a.m. to 9 p.m. six days a week and this tradition has been long followed by China’s top tech billionaires such as Alibaba Group Holding Ltd.’s Jack Ma to JD.com Inc. founder Richard Liu.

However, this workload-inducing period has come under intense scrutiny this year as it has fueled deaths associated with overwork and a growing chorus of social media complaints. This outcry has made President Xi Jinping called on the country to work toward “common prosperity,” and finally the country’s authorities have stepped up warnings against employers to refrain from unreasonable overtime and other violations.

China’s “996” work ethic — implying working hours of 9 a.m. to 9 p.m. six days a week — suggests 72-hour weeks have been typical at some companies. Courts are skeptical, and “996” may be at odds with labor laws in addition to being out of sync with President Xi Jinping’s “common prosperity” push. High turnover at Baidu and Bilibili may signal discontent with workaholic employers.

Under the new policy, employees can apply to work overtime no more than 3 hours on a weekday or 8 hours on a weekend. And they will be receiving an extra compensation of up to three times their normal wage for the overtime which they do.

The new policy is the latest effort by ByteDance to improve worker welfare as a short-lived campaign last month saw some private-sector workers, including those from ByteDance, come together to share their working hours in protest against the country’s excessive working culture.