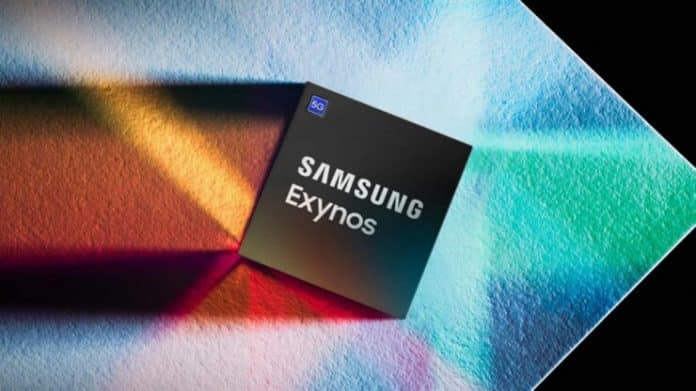 Though Samsung has not yet launched its most exciting Exynos 2200 chip with AMD Radeon graphics, however, we do understand, Samsung is taking this SoC fight quite seriously. The next-gen 5nm based chips are coming in future and in the meantime, there’s a new juicy rumour for you to be excited about.

Samsung could announce a new chipset called Exynos 1280 based on the latest 5nm process soon according to reliable tipster @UniverseIce, who is quite reliable when it comes to leaks & rumours. This is not surprising to us because Samsung has not given its entry-level or mid-range chipsets a good treatment.

The South Korean giant has received a lot of backlash for its Exynos chipsets not being as efficient or powerful against the Qualcomm Snapdragon’s, so it could be true that Samsung is this time making things better.

Not only it looks to launch the flagship Exynos 2000 series chips but also an entry-level Exynos 1280 could be coming and as Ice universe mentions it could perform lower than the Exynos 1080 chip we saw last year. Still for mid-range or entry-level Samsung smartphones, to have a more efficient chip could be game-changing.