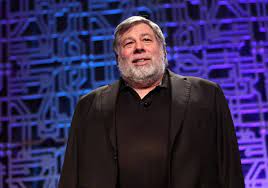 Apple’s co-founder, Steve Wozniak has released his latest comments regarding Apple’s latest iPhone 13 series lineup and judging by his comments it doesn’t seem that he find the Cupertino giant’s new lineup all that interesting.

After getting the new iPhone 13, Wozniak said the following about the latest handset.

“I got the new iPhone; I can’t tell the difference. The software that’s in it applies to older iPhones, I presume. I worry about largeness and size … but I don’t study it. I’m just into if products are good.”

His comments seem like he has no intention of upgrading to the new lineup and he sees no virtual difference between the new and old series models. The iPhone 13 series is indistinguishable from the iPhone 12 in many ways however, users will have to look very carefully to notice that Apple added a smaller notch to the four new models while also making them thicker and heavier than the ones released last year.

Wozniak has most likely returned his new handset to the App Store outlet as he says that he is happy with his iPhone 8, stating that it looks the same as an iPhone 7 and iPhone 6.

The co-founder of Apple has also made a similar comment back in 2017, as he was not taken too impressed with the iPhone X, as he had told reporters that he would not be purchasing the flagship on the first day of its release. However he has praised the Apple Watch, calling it his favorite piece of technology, so his impression about the company is not all that bad.

He also hopes that one day Apple might create a foldable iPhone, however, the dream might not be achieved anytime soon. If Wozniak thinks there is no difference between the iPhone 13 and the latest models, perhaps he will get excited about the iPhone 14 series.