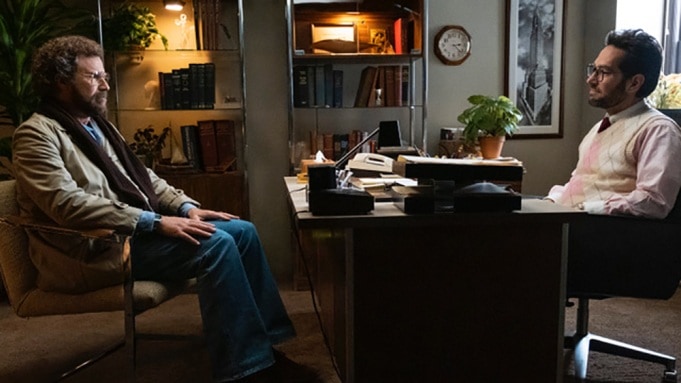 Apple TV+ has certainly kept its quality at the top when it comes to the content they bring for the masses. Unlike most of the OTT streaming services out there, Apple TV+ was such a streaming service that it didn’t have a catalog to rely on.

The platform debuted with a bunch of originals, and therefore the viewers had only a selected amount of titles to watch. Since then, despite the lack of a catalog, Apple TV has focused on bringing quality originals like See, Ted Lasso, and The Morning Show. Now the same continues with the next month as we look at all the TV shows & movies coming to Apple TV+ for the month of November 2021.

The lineup for Apple TV+’s November release sees TV shows & movies coming from a range of categories. For starters, the platform is expanding its horizon in South Korea. To start with a banger, Apple TV+ brings its first Korean Original. Joining the lineup is a star-powered film bringing Tom Hanks on Apple TV’s screen again.

Lastly, the likes of popular shows such as Dickinson will come with the last season to bid adieu as new shows such as The Shrink Next Door take over. So, with no further adieu, let’s take a look a the lineup of TV Shows and Movies for Apple TV+’s November of 2021.

Here are the shows coming in November 2021:

It reveals the story of a brain scientist who is suffering from an accident after he has lost his family. In this, the pressure of mystery behind the death sees him is trying for the experiment and found a new way along which he can access the memories and consciousness.

It is mainly a post-apocalyptic sci-fi film based on the story of a robotics engineer who has survived under the bunker that he has been created staying with the dog there. His life of just come to an end as well. It’s just about a matter of time.

In this third season, we will see about the place happening civil war. It is the time struggled with the battle that has been divided her own family. It results from bin her questioning herself if the art can really help to keep the hope alive.

In this, we will see Jack McBrayer who is definitely perfect for the role, like he will teach the kids about kindness, imagination, and creativity in Hello, Jack! The Kindness Show.

4. The Shrink Next Door

It is the story of a charming doctor Dr. Isaac Herschkopf who has been played by Rudd. Dr. Isaac slowly starts to take over the life of one of his patients Martin Markowitz played by Ferrell. It is mainly inspired by the true events, the trailer reveals Isaac going all out and unconventional to change the way Martin looks at life.

It is mainly a very short and sweet animated series based on the kids that came out in the last year more than a year ago. In this the fir4st beagle into the space will be taking on the latest frontier, moving on to the second season.

The story is based on the popular animated books that have turned into animated original of their own. This animated show has revealed the story of Harriet, who wants to become a writer. She has to become be a spy for doing be everything and watching everything.

It is mainly a nonfiction show that tells the story of Navy  SEAL Eddie Gallagher. He becomes charged for committing war crimes on al.  It tells the story through the independent accounts of the officer. Dan Taberski has been hosting the podcast with Jeffrey Zimbalist.

Ted Lasso: How Americans are finally falling in love with Soccer after watching this series?

Stranger Things (Season 4) trailer is here: Here’s all you need to know