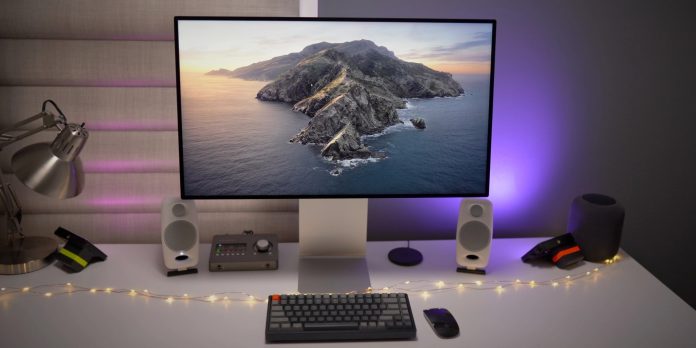 Apple already brought iPhone 13 series, next-generation Apple Watch, iPads, etc., earlier this month, and a few days back, the new MacBook Pro dropped with Apple’s homegrown monster chips – M1 Pro and M1 Max. Now, leaks are popping up about the upcoming iMac, and Dylan is the person behind it.

As per Dylan, the upcoming iMac 2022 may be called iMac Pro. The reason for adding “Pro” is to separate it from the 24-inch iMacs released this year. The integration of the latest M1 Pro and M1 Max chipsets are also could be a reason.

The leak claims the iMac Pro of 2022 to have a 27-inch mini-LED display coupled with ProMotion Technology. Some earlier rumors were there saying the next iMac will have a large display, and now, that point has become stronger. Other than these, we could see slimmer dark bezels.

Apple tested the Face ID feature for this iMac Pro, but there is no confirmation at present if this feature is coming or not. Design wise, both the iMac Pro and the 24-inch iMac look almost identical.

For the base iMac Pro model, Apple may allocate 16GB RAM and 512GB storage. All the models will feature HDMI Port, SD card slot, USB-C and Thunderbolt ports, and Ethernet port.

Dylan further leaked the pricing will start at or over $2,000 and may launch in the first half of 2022.