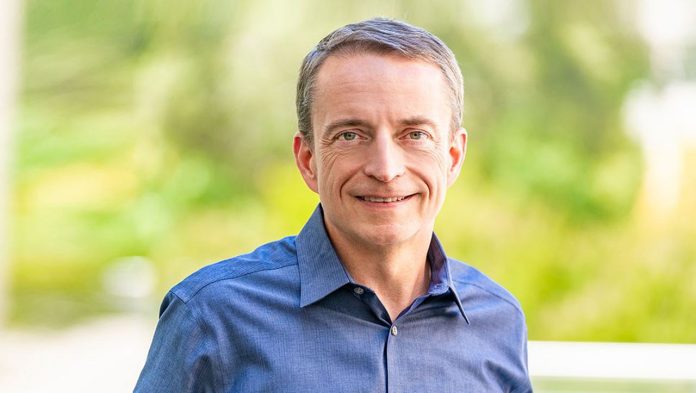 The release of Intel’s Alder Lake is on the horizon and as you might have expected, the CEO of Intel Pat Gelsinger is already busy charting Intel’s next course. Pat has made recent several statements about the direction in which the chip-making company will be taking following the 12th generation processor’s launch.

According to the report presented by Pat Gelsinger, the chip manufacturer will be embarking on a journey to outpace one of the most popular technological observations of our time. Intel’s CEO may be called by many names, but, shy isn’t one of them.

In a recent interview with CRN, Intel’s leader didn’t care much for the competition and made bold statements about Intel’s dominance and also asserted that the arrival of Alder Lake & the company’s future technologies will end the current dominance over the desktop and mobile market by AMD. Intel’s CEO didn’t hold back any punches while talking about its biggest market rival, Advanced Micro Devices or AMD.

Team blue’s leader further stated that he predicts Intel to keep pace with, and even overtake, the rate of advancement described by Moore’s Law. The bold claims made by Intel’s CEO are no small talk and overtaking desktop and mobile market dominance from AMD is not a small feat to accomplish.

Gordon Moore, the co-founder of Intel, is credited with creating the Moore’s Law observation. The law refers to the doubling of components on an integrated circuit and the co-founder of Intel has initially predicted a doubling year over year however, Moore later revised his prediction and stated the doubling to every two years. Based on the law and Gelsinger’s statements, Intel will be getting nothing short of a breakneck pace for innovation in the coming years.

However, if Intel wants to achieve that goal then as ambitious as that, then it will massive funding, and advanced access to resources to succeed. But Fortunately Intel, the company is well is positioned to take on such an immense challenge, after all, it was the king of silicon valley for over three decades.

The introduction of new architectures, development of enhanced ultraviolet lithography techniques, and the ability to control their fabrication operations have given Intel an overwhelming advantage if it plans to invest all its resources to destroy its competition.

Pat Gelsinger further stated that he expects Intel to be “…comfortably ahead of anybody else in the industry” based on the company’s current roadmap and distinct corporate position. Intel’s CEO does see future competition to intel however he also believes in the company’s in-house fabrication and is confident that it will provide an advantage over competitors like AMD and Apple since both of Intel’s competitors relies on third-party silicon producer such as TSMC.