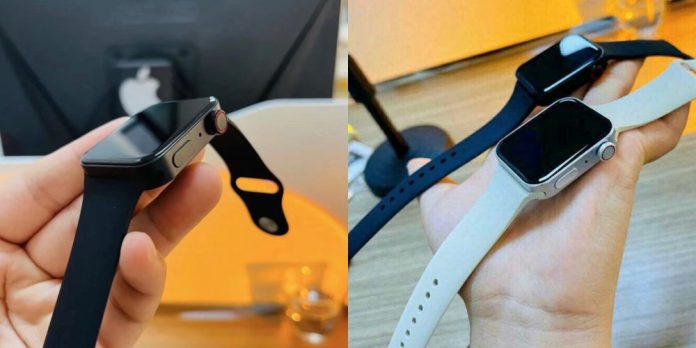 The launch of Apple’s Watch Series 8 is many months away however we’re already hearing details about Apple’s next-generation wrist-worn device. So let’s talk about the amazing features which the new watch from the Cupertino giant brings.

There are specifications that the Apple Watch Series 8 could come in three sizes instead of two and we have heard multiple rumors that suggest that Apple was working on a refreshed design with flat edges similar to the flat edges of the iPhone 13 and iPad Pro, but those rumors don’t seem fruitful anymore.

Bloomberg has reported that Apple is working on a version of the Apple Watch “with a rugged casing” aiming at athletes, hikers, and others who are used to making use of the watch at more extreme conditions than day to day wear.

According to sources, Apple is currently working on several new health features for future Apple Watch models and the features also include blood-pressure monitoring, a thermometer for fertility and sleep tracking, sleep apnea detection, and diabetes detection.

The Cupertino giant is also rumored to have a team of biomedical engineers working on a method for non-invasively monitoring blood glucose levels using optical sensors. The company plans to believe that the technology could potentially make its way into the Apple Watch at some point in the future.

Apple also plans to use the existing blood oxygen sensor to detect sleep apnea, however, there have been reportedly some issues with taking frequent readings without impacting the battery life of the device.