When can Xavi Hernandez finally take charge of the Barcelona team? 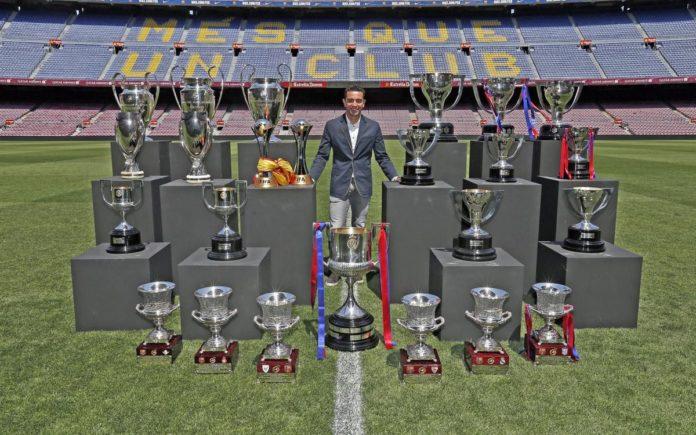 Barcelona manager Ronald Koeman was sacked right after they lost 0-1 to Rayo Vallecano in La Liga last week. Joan Laporta took the decision himself as Koeman’s team looked a shadow of themselves.

The Blaugranas are in search of a new head coach and their former midfielder Xavi Hernandez is the front runner for that position. The current Al Sadd coach has been in contact with Barcelona and is willing to take up the job, however, he still has to manage his current team for a few more matches.

Barcelona has named their B team coach Sergi Barjuan as the interim manager who will be in charge of the matches until a new head coach arrives.

According to multiple reports, Xavi already has a total agreement with Barcelona. His contract will run till 2024. The Barcelona board is hopeful that he can bring back their tiki-taka culture.

However, it will take a few more days to officially sign Xavi. So when can you finally expect him to take charge of the Barcelona team?

It has been reported that Xavi can take the role of the new manager before Barcelona face Celta Vigo on 6th November at Banka Balaidos.

Barcelona will have to agree on a fee with Al-Sadd for but it’s quite clear that all parties involved are open to a deal. However, Xavi will have to stay in charge of Al Sadd at least till 3rd November, when they play the second of two games in quick succession.

It is expected that Xavi will come to Barcelona after 3rd November and will be in time for Barcelona’s clash with Celta Vigo on 6th November. This means interim manager Sergi Barjuan will be in charge of the Barcelona team when they take on Alaves this weekend and also during their Champions League match against Dynamo Kyiv next week.