Puneeth Rajkumar has received a State funeral: All other celebrities have also attended 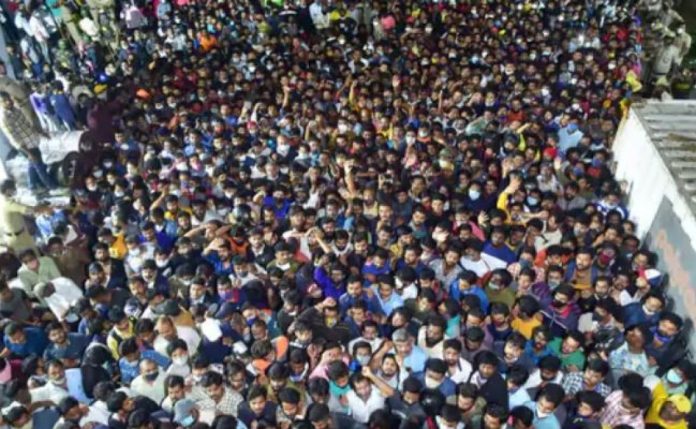 Puneeth Rajkumar, the Kannada star has received a state funeral on Saturday. As per news agency ANI, it was said by Manjunatha Prasad, the Principal Secretary to Karnataka Chief Minister Basavaraj Bommai. All other celebrities have also attended the funeral.

Puneeth Rajkumar, the Kannada star has died today on Friday i.e. 29th October 2021 at Vikram Hospital in Bengaluru due to a heart attack. It has been confirmed by Karnataka Cheif Minister Basavaraj Bommai.

On Friday morning, Puneet has complained of chest pain and has visited his family doctor for an ECG. After ECG has been done, he was asked to rush to the hospital. He has visited the Vikram hospital in a very serious condition, the doctor at the hospital has said.

The actor’s last rite was performed at Kanteerava Studio in the land belonging to the Dr. Rajkumar Foundation.

As per producer Rockline Venkatesh, Puneeth Rajkumar’s mortal remains will be taken from Kanteerava Stadium. It will be kept there until 3 PM and will reach Kanteerava Studio at 5:30 PM. He was cremated between 6-7 PM.

Puneeth Rajkumar’s daughter was expected to reach Bengaluru by 4:15 pm and it was heard that she will directly head towards Kanteerava Studio.

Puneeth Rajkumar was the son of legendary actor Rajkumar and Parvathamma. He has married Ashwini Revanth in 1999. He was fondly called Appu by his fans.

Puneeth Rajkumar has started his career as a child artist with Beyyada Hoovu (1985). The actor has also won the award as a child actor that also includes a National Film Award. He stars in the lead roles of almost 29 Kannada films that include Abhi, Veera Kannadiga, Arasu, Raam, Ajay, Hudugaru, and Anjani Putra. He was last seen in Yuvarathnaa, which was released early this year.

Puneeth was also a singer par excellence, besides being an actor. He had also revealed that his remuneration from his singing goes to charity. In the year 2012, Puneeth has also hosted the first season of Kannada Kotyadhipati which was modeled on the actor Amitabh Bachchan, who hosted the show Kaun Banega Crorepati.

All other prominent celebrities of Indian Cinema have also attended the funeral including Amitabh Bachchan, Mohanlal, Chiranjeevi, Mammootty, and many more have paid tribute to the late actor.

Amitabh Bachchan has said, “Puneeth Rajkumar, the younger son of the legendary icon of Kanada cinema, Raj Kumar, and a star in his own right, passed away today .. he was just 46 years, and this has put all of us in great shock…”

Adding that, “the family of late Rajkumar has ever been extremely close ..”, the actor offered his condolences.

Mohanlal wrote, “The loss of Puneeth Rajkumar has come as a terrible shock. I still find the news hard to believe. It feels as though I have lost a younger brother. My thoughts & prayers go out to his family with whom I share a close bond. I wish them strength & comfort to cope with this loss.”

While Prime Minister Narendra Modi has also expressed his sadness and condolences on the tragedy and has written on Twitter that “A cruel twist of fate has snatched away from us a prolific and talented actor, Puneeth Rajkumar. This was no age to go. The coming generations will remember him fondly for his works and wonderful personality. Condolences to his family and admirers. Om Shanti.”

Karnataka CM Basavaraj Bommai has also tweeted, “The death of renowned Kannada film star Shri Puneeth Rajkumar due to a heart attack has caused me deep sadness. The death of Appu, who is much loved by Kannadigas, is a major loss for Kannada and Karnataka. May God rest his soul rest in peace. I pray for strength for his fans to bear this grief.”

Thousands of Puneeth’s fan has gathered at the Kanteerava Studio to see the last glimpse of his mortal remains. Many personalities from the film industry and politics have also attended the funeral.

Puneeth Rajkumar, the Kannada star died due to a heart attack