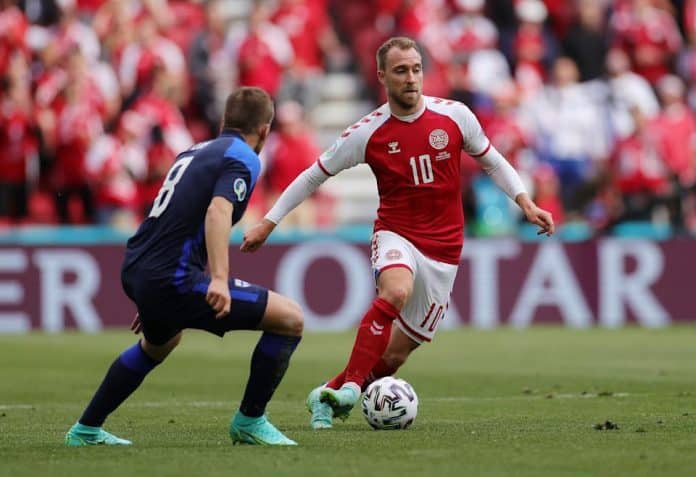 Christian Eriksen will have to be sold by Inter Milan since he is not allowed to play with an ICD (implantable cardioverter defibrillator). The midfielder collapsed in the Euros, while playing for Denmark, and has not featured since that point.

The rules in Italy prohibit any player from competing professionally if they have heart problems. Through this, they have managed to reduce cardiac arrest rates to almost one percent in the sport.

The 29-year-old has made 60 appearances for Inter Milan and was a part of their squad as they lifted the Scudetto last year. During Denmark’s first Euro game against Finland, Eriksen collapsed with nobody around him. Referee Anthony Taylor immediately called for the medics and Eriksen was taken to a local hospital.

After spending six days in the Copenhagen hospital, the Dane was discharged with an ICD. The ICD sends electrical impulses to the heart using wires to maintain the rhythm of the heartbeat.

At this juncture, Eriksen has two main options. He can retire at 29, being at the perceived peak of his physical ability. Or, he can leave Italy and continue his career elsewhere. Former clubs Tottenham and Ajax are possible destinations for the midfielder.

Daley Blind of Ajax currently features with an ICD and has continued to be a part of the Netherlands national team as well. He collapsed in a friendly game against Hertha Berlin in 2020 and has since played with an ICD. So, it is likely that Christian Eriksen could follow in his footsteps and begin a new chapter in his career with a new club.