Aryan Khan has got bail: Shah Rukh Khan has “tears of joy” 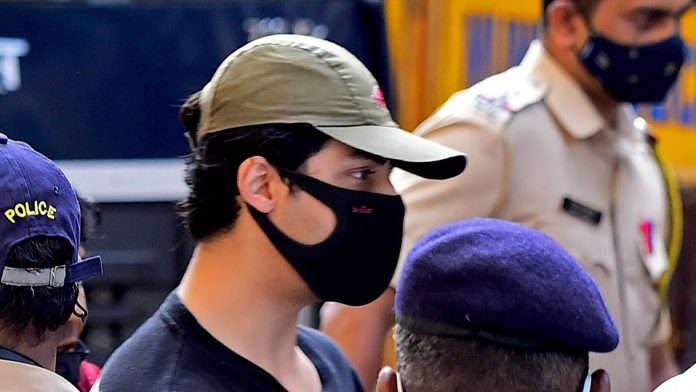 Aryan Khan, the son of Shah Rukh Khan has got the bail on 29th October 2021. As per senior advocate, the former Attorney General of India, Shah Rukh Khan has reacted with “tears of joy”. Aaryan Khan has been arrested due to a drug bust case on the cruise ship.

On Thursday, Bombay High Court has granted bail to Aryan and the two other co-accused named Arbazz Merchant and Munmun Dhamecha. In the last Wednesday, the special NDPS court has rejected their bail and they have approached to the High Court. Aryan was in jail for 25 days before he was granted bail.

As per the NDPS court, although Aryan was not found in possession of drugs, he was aware of the fact that his friend, Arbaaz, was carrying them and this has amounted to “conscious possession”.

Rohatgi told about Shah Rukh to NDTV, “He has been very, very worried the last three-four days that I was there and I’m not even sure whether he had proper meals. He was just having coffee after coffee. And he was very, very worried. And I could see a big sense of relief, yeah, on the father’s face last time I met him.” He further added that SRK was “making notes” to help the legal team.

From 2nd October, Aryan and the two other accused were been in custody, when they have been detained by Narcotics Control Bureau (NCB) in relation to an alleged rave party on a cruise ship. Rohatgi has said by adding that the actor “had given up all his professional activities”. “The parents were very, very worried. That is why they were taking a very great interest in the case”.

NCB counsel ASG Anil Singh was opposing Aryan’s bail appeal. He has said that Aaryan Khan was a regular consumer of drugs for at least two years and was found in “concious possession” of contraband and has said that his arrest was not “illegal”.

However, Mukul Rohtagi has argued that NCB has failed to prove meeting of minds among the eight people who were arrested from the police. He further said, “There is absolutely no material for the purpose of the conspiracy”. Shah Rukh was earlier seen smiling with his team of lawyers in photos after the bail was granted.

India Today has reported that Shah Rukh Khan has recieved congratulation calls from Salman Khan, Suneil Shetty, and Akshay Kumar. The website reported that “Gauri was heard crying on the phone to her friends Maheep Kapoor and Seema Khan, who have been with her daily on the phone giving support. Gauri broke down as soon as the text came in regarding the bail.”