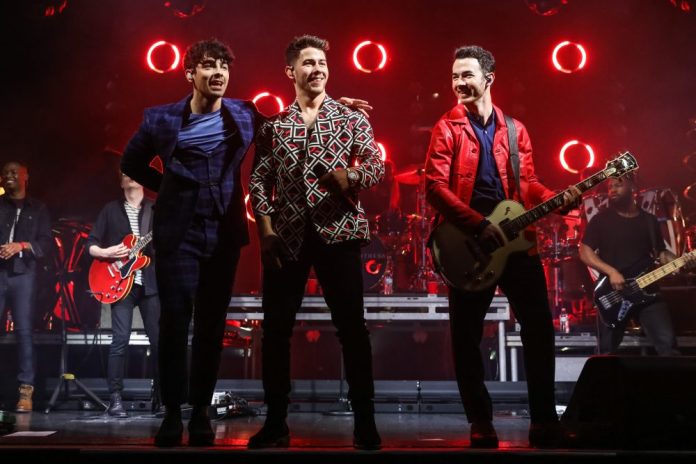 Netflix’s first family roast special will feature Joe, Nick, and Kevin Jonas. The show is being hosted by Kenan Thompson. Billed as a celebration of “the universal truth that no one can get under your skin quite like your own family,” “Jonas Brothers Family Roast” will feature sketches, songs, games, and special guests that will all tease the brothers about their lives and careers- that includes a year as a band, separate solo stints, acting, reality television, high-profile exes, marriages, babies and more.

The show has currently made an announcement regarding its special guests that includes Pete Davidson, Niall Horan, Gabriel “Fluffy” Iglesias, John Legend, Lilly Singh, and Jack Whitehall, with more to come.

Nick has said to Joe in the announcement teaser that “You really don’t understand how the roasting thing works, do you?” While Joe retorts “Roasted”

The show Jonas Brothers Family Roast is produced by Fulwell 73. It is executively produced include Emma Conway and Gabe Turner for Fulwell 73. The showrunner was named James Longman, and all three of the Jonas Brothers. The head writer of the show is Lauren Greenberg.

After six years The Joans Brother has re-emerged in 2019 on hiatus as a band with their single “Sucker” that has debuted at No.1 and went triple platinum. In the 2019 Amazon Prime Video documentary “Chasing Happiness,” Dans got a look at their initial rise to fame. It is largely associated with Disney as well as their split in 2013 due to family tensions and creative differences, followed by their reunion. Their comeback album “Happiness Begins” debuted in June 2019 at No. 1.