How can India bounce back in the T20 World Cup after suffering a heavy defeat against Pakistan? 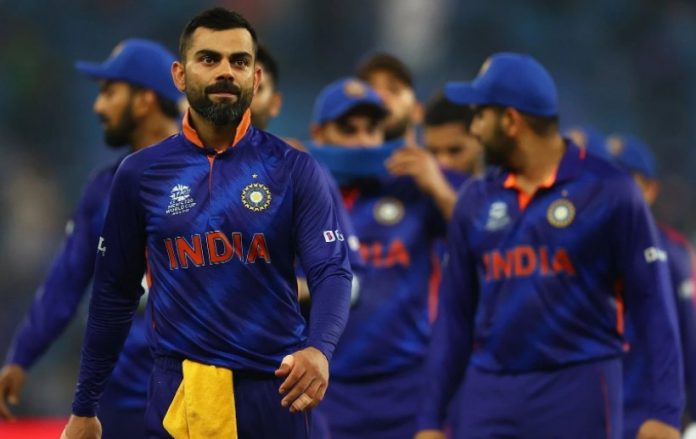 India have got off to a bad start in its quest to conquer the T20 World Cup as they suffered a heavy defeat at the hands of Pakistan in the first group game. Pakistan led by Babar Azam trashed the Indian team by securing a ten-wicket victory.

This was Pakistan’s first win against the men in blue in World Cup’s. As a result, a disastrous loss against their arch-rivals in the first game itself would add pressure to the Indian team in the upcoming games.

However, everything is not lost for this Indian side as they suffered only one defeat and still have to play four games in the group stage. So let us take a look at how India can bounce back after suffering a one sided loss against Pakistan.

For the first time in many games, India has suffered a top-order collapse in T20 internationals. So going forward, it is highly unlikely that both the Indian openers would lose their wickets cheaply.

Shedding more light on this, there is no doubt that Suryakumar Yadav is a great batsman against spin. Therefore the Indian number three batsman should avoid playing carelessly like he did against Pakistan so that he can survive and punish opposition spinners.

Other than that the rest of the Indian batsman fared well against Pakistan to help the side reach 150. Moving forward, India needs to make massive improvements in its bowling. Owing to the fact that the bowling attack was unable to dismiss a single Pakistan batsman.

Apart from Bumrah and Jadeja all the other bowlers conceded runs at a high economy rate. One thing that India could do in the next match is try using only two-three bowlers in the powerplay.

Because using four bowlers like they did against Pakistan didn’t help them as they conceded 43 runs in the powerplay. These are some changes that India could do going forward in order to improve their chances in the T20 World Cup.

Should India make any changes in their upcoming game against New Zealand?

India does require an extra alternative in the bowling department as they looked toothless against the Pakistan batsmen. So Shardul Thakur would be an excellent replacement to Hardik Pandya if the Indian all rounder is injured.

Because Thakur’s variations could help India get breakthroughs in important moments of the game. Moreover, he can score runs at a high strike rate coming down the order as he has displayed in the past. Other than that India should not make any changes as it would affect the balance in their playing 11.

In the end, it would be interesting to see the playing 11 of India against New Zealand on 31st October at 7:30 pm.

- Advertisement -
Powered by JustWatch
Share
Facebook
Twitter
Pinterest
WhatsApp
Linkedin
Previous articleBCCI declares that CVC Capital to be ‘Fit and Proper’ to own the Ahmedabad Franchise
Next articleSony aims to sell 22.6 million PlayStation 5 units by March 2022