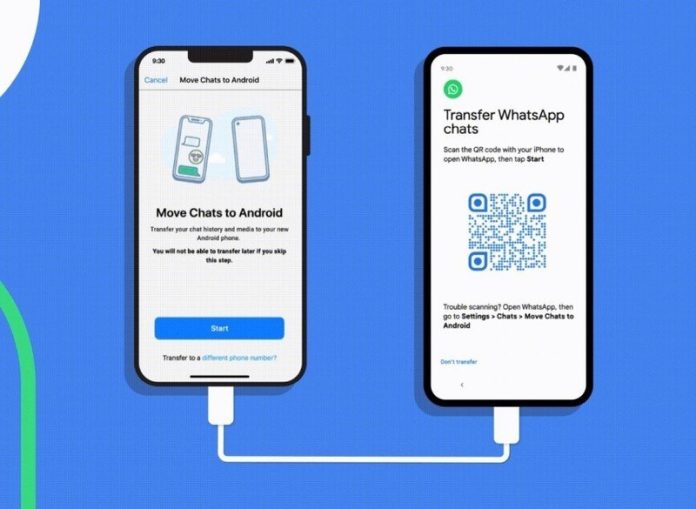 Google has announced that WhatsApp’s chat history migration feature to transfer messages from iPhones to Android is now coming to Pixel and all other Android 12 smartphones. This feature is already available on Samsung Galaxy devices but unlike with Samsung phones, where the feature is available on devices running Android 10 and above, here it is limited to phones with Android 12.

The blog post also mentions that if the iPhone has trouble scanning the QR code, users would need to open WhatsApp and head to Settings > Chats > Move Chats to Android. Google also said that the user would not receive any new messages while the chats are being transferred.

Google through blog post announced that it worked with Facebook to bring WhatsApp history transfer from iPhone to more Android devices. That means the Pixel 6 and Pixel 6 Pro support the feature when they ship to your door. Google also said that new devices which launch with Android 12 will also get the same WhatsApp iPhone to Android chat history transfer support.

In other words, the feature still doesn’t work on just any Android phone. You can’t switch from iPhone to most Androids and move your entire WhatsApp experience to the new device.

Google explains in the announcement that switching from iPhone to Android is easier in Android 12. “Android automatically matches and installs the same apps from Google Play and lets you easily bring your SMS and iMessage history with you, along with photos, videos, contacts, calendars, and more,” Google says.

It’s unclear when Facebook will release a similar feature for people switching from Android phones to an iPhone.