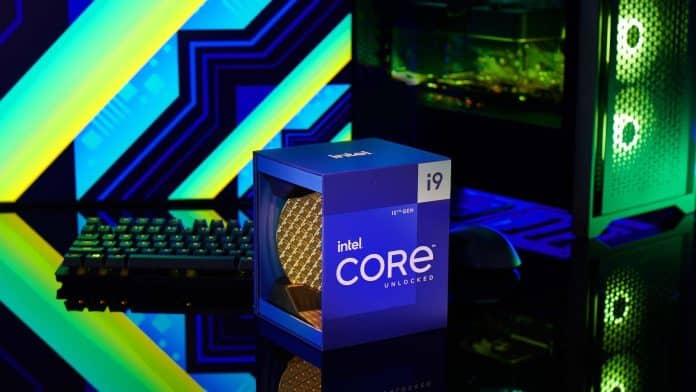 Intel’s 12th generation Alder Lake processors will be hitting the market soon and after a very long delay, intel’s new architecture will finally be here. The 12th generation family will be the first heterogeneous mainstream parts to support DDR5 and PCIe 5.0.

According to sources the overclocking guru Allen ‘Splave’ Golibersuch over at toms hardware, didn’t waste any time in breaking a couple of world records with the new hybrid chips during Intel’s live-streamed event.

The CPUs were supported by a few tanks of liquid nitrogen, and using those the overclocker was able to push the Core i9-12900K to 6.8 GHz on the Golden Cove Performance cores (P-cores), and 5.3 GHz on the Gracemont cores Efficiency cores (E-cores).

This overclocking is amazing in itself as it has set the new single-and multi-core (16-core) Geekbench 4 and Geekbench 5 world records with the Core i9-12900K at 6.8 GHz/5.3 GHz.

- Advertisement -
Powered by JustWatch
Share
Facebook
Twitter
Pinterest
WhatsApp
Linkedin
Previous articleIPL 2022: BCCI proposes an idea in which the two new teams will get Three Free picks from the Auction
Next articleDeals on DIZO Wearables: This festive season choose a wearable to match your lifestyle