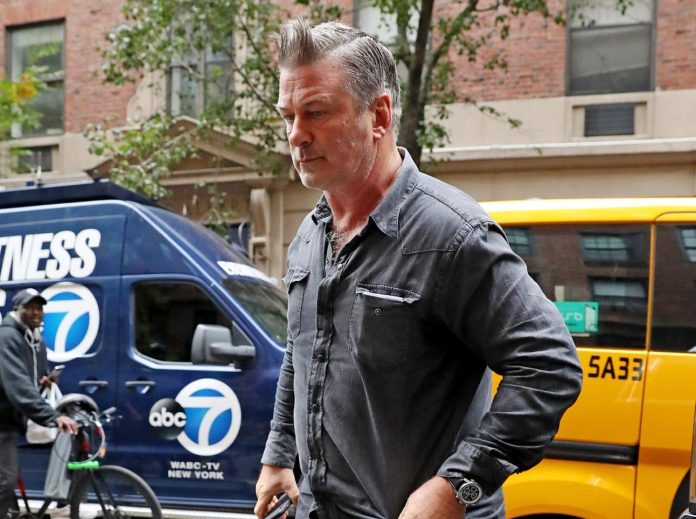 The producers of Alec Baldwin’s film have officially stopped filming. The court records have shown that the investigators have almost seized more than two dozen items from the set on the day after the shooting.

A producer of the movie named Freedom’s path has confirmed via an email statement that has been given to Associate press is that Dave Halls was fired previously from the 2019 production after a crew member has suffered a minor injury “when a gun was unexpectedly discharged.” The producer, who asked not to be identified by name, wrote that Halls “was removed from the set immediately.” Production did not resume until Halls was gone.

CNN has reported first about the firing from Freedom’s Path. Further Halls has not returned any phone calls and email messages seeking comment.

The second person who has aired the doubts about Hall’s safety record was the producer. Another crew who has worked with Halls have said on Sunday that she has raised concerns about him in 2019.

In a statement, Maggie Goll, a prop maker, and licensed pyrotechnician have said that she has filed an internal complaint with the executive producers of Hulu’s Into the Dark series about Hall’s behavior. In a phone interview, Goll has said that Halls has not followed the safety protocols for weapons and pyrotechnicians and has tried to continue the filming although the supervising pyrotechnician has lost sense on set, who was diabetic.

The fatal shooting and previous experiences point to larger safety issues, Goll further said that crew safety was a top issue in recent contract negotiations between a union that represents film and TV workers and a major producer’s group.

She said, “This situation is not about Dave Halls. … It’s in no way one person’s fault”. “It’s a bigger conversation about safety on set and what we are trying to achieve with that culture”.

The movie’s production team has confirmed via an email that has been sent to the Rust crew over the weekend that the work on the Western has been halted at least for the time being till the investigation does not get completed. The team said it is working with law enforcement and conducting its own internal safety review. The production company is also offering grief counseling.

The email has suggested that work on the film will resume at some point.

The email reads, “Although our hearts are broken, and it is hard to see beyond the horizon, this is, at the moment, a pause rather than an end.”

No charges have been filed. Prosecutors and law enforcement officers were expected to provide an update on the investigation Wednesday.

According to a search warrant affidavit that was released on Sunday, Russell has told the authorities that the camera was not rolling at the point of time when the gun went off and Alec has killed cinematographer Haylna Hutchins.

The affidavit that was released on Sunday also included statements by director Joel Souza, who was standing behind Hutchins and was wounded.

Souza said he was focused on how the scene would appear on camera. He said he recalled hearing the phrase “cold gun” before the shooting, the affidavit said.

Authorities have said that Halls had handed the weapon to Baldwin and announced “cold gun,” indicating it was safe.

The court record has shown that before shooting, Baldwin was explaining that how he was going to draw the revolver from his holster and where his arm would be positioned.

The actor had been told that the gun was safe to use for the rehearsal of a scene in which he was supposed to pull out the weapon while sitting in a church pew and point it at the camera, the records said.

It detailed the moments before the shooting and showed that there was turmoil on the set the day of the shooting. Several members of the camera crew walked off the production in a dispute over payment and lodging, Russell said, and he was left with a lot of work to do. Only one camera was available to shoot, and it had to be moved because the light had shifted and there was a shadow.

Dean Smith, the manager of Aston Villa, has been fired

Alec Baldwin shot dead the cinematographer, Halyna Hutchins during the filming of the movie Rust

UEFA have revealed the Team Of The Year 2019