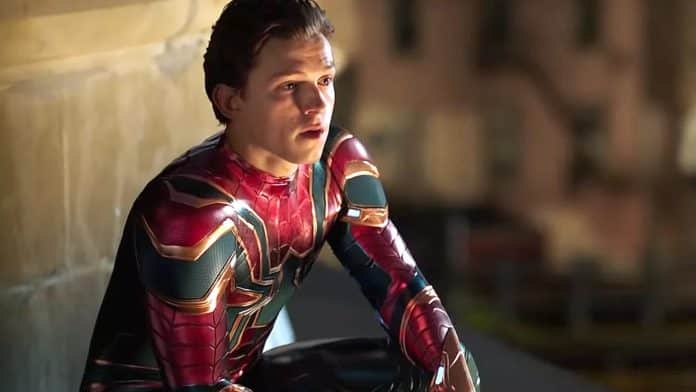 In the upcoming film Spider-Man: No Way Home, Tom holland has signaled another superhero to return in this film. Tom Holland is all set to dress up the spidey suit one more time in the upcoming movie named Spider-Man: No Way Home. But if we listen to the rumors and the fan theories then Tom Holland will not be the only one who will be wearing his Spider-Man suit in this film. The fans are very much interested in Chatter about Andrew Garfield and Tobey Maguire’s return from their respective universes. Tom has said that he has shot for “one of the coolest scenes I’ve ever shot” with a mystery character, which has led fans to believe that Andrew and Tobey might be returning.

Tom has shared that the said in a conversation with Empire magazine “cool” scene that features him as Peter Parker, Marisa Tomei’s Aunt May, and Jon Favreau’s Happy Hogan along with a mystery character. When he was asked about the return of other Spidermen, Tom did not divulge much and just gave a plain answer to the question that “I don’t know”. He further added that if the actors are returning, he was not been informed yet about that. He said, “I’m always in the dark. If they are, no-ones’ told me”.

While talking about his favorite scene, Tom said, “It’s four people sitting at a table, having a conversation about what it’s like to be a superhero, and it was amazing. The other day we watched the scene, my brother and I, and our jaws were on the floor.” The content of the scene definitely hints that there has to be another superhero on the table.

Earlier, Andrew Garfield, who played the role of Spider-Man in The Amazing Spider-Man franchise has shared with Variety that he was not “aware” of his involvement in No Way Home. He further said, “I understand why people are freaking out about the concept of that because I’m a fan as well. You can’t help but imagine scenes and moments of ‘Oh, my God, how f***ing cool would it be if they did that?’ But it’s important for me to say on the record that this is not something I’m aware I am involved in. But I know I’m not going to be able to say anything that will convince anyone that I don’t know what’s happening. No matter what I say, I’m f***ed. It’s either going to be really disappointing for people or it’s going to be really exciting.”

The film Spider-Man: No Way Home is directed by Jon Watts, it has also marked the return of Alfred Molina as Doctor Octopus and Benedict Cumberbatch as Doctor Strange. Willem Dafoe’s return as Green Goblin was also hinted at in the first trailer of the film.

The Film Spider-Man: No Way Home is going to be released on 17th December 2021.