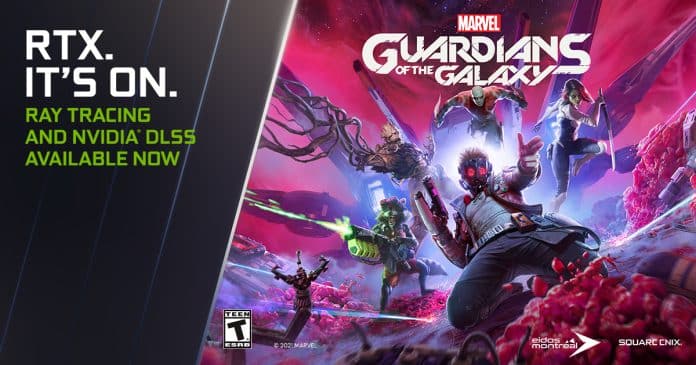 The highly-anticipated game of the year, Marvel’s Guardians of the Galaxy, developed by Eidos-Montréal and published by Square Enix is now available for gamers! The best part about the game is it has been launched with NVIDIA’s two major technologies baked into the game right away.

With the launch of the game, NVIDIA has pushed the latest GeForce Game Ready Driver that includes DLSS and Ray Tracing support for Marvel’s Guardians of the Galaxy. The driver utilizes NVIDIA DLSS to boost performance by up to 2x which helps gamers to maximize frame rates at highest of resolutions.

However, the key highlight of the driver has to be on the game Marvel’s Guardians of the Galaxy and NVIDIA has also prepared a chart with the recommended specs needed so that you can get the best experience:

As you see in the chart to get healthy framerates when ray tracing is off at 1080p, you will need a minimum of 8GB RAM, an Intel Core i5 processor or AMD Ryzen 5 processor with a GTX 1060 to enjoy the game. While if you want to turn Ray tracing on, at 1080p you should have a minimum RTX 2060 and either RTX 3070 or RTX 3080 to enjoy at highest details.

Here’s a quick looks at the improvements made by NVIDIA’s driver in their DLSS video: