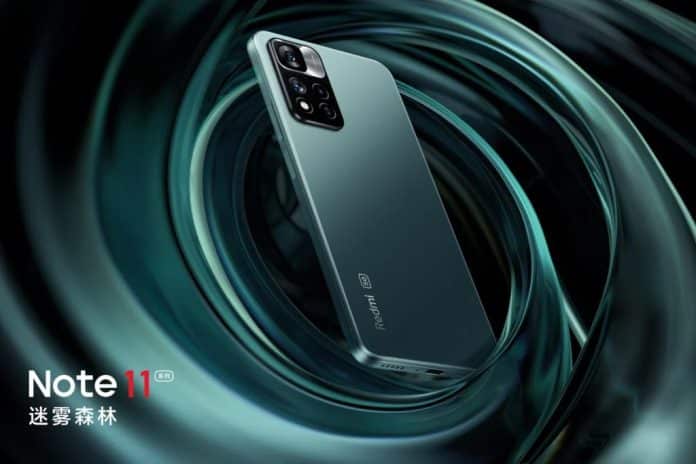 In the next few days, on the 28th of October, Redmi will be officially announcing the next-generation Note Series smartphone, the Redmi Note 11. Ahead of the launch, the company is teasing the phone’s features via teaser posters.

The company has teased some specs as well today. The Redmi Note 11 Series will support 120W rapid charging, which is Xiaomi’s best charging technology. So far only flagship devices have this.

In all likelihood, the 120W fast charging could be made available only on the Note 11 Pro+ handset.

The Redmi Note 11 Pro+ has a 120hz AMOLED panel, a MediaTek Dimensity 1200 chipset, LPDDR4X RAM, UFS 3.1 storage, and a 5,000mAh battery. It has a 16MP selfie shooter, and a triple-camera lens with a 108MP primary shooter, an 8MP ultrawide lens, and a 2MP depth assist camera. It has dual-speakers, X-axis linear motor, an IR blaster, and NFC.

These are rumors specs so take them with a grain of salt.

- Advertisement -
Powered by JustWatch
Share
Facebook
Twitter
Pinterest
WhatsApp
Linkedin
Previous articleIPL 2022: Teams can retain up to 4 Players in the upcoming Auction and the Player Purse will increase to 90 Cr
Next articleMeenakshi Sundareshwar: Trailer released about the story of a newlywed couple, starring Sanya Malhotra and Abhimanyu Dassani