IPL 2022: Teams can retain up to 4 Players in the upcoming Auction and the Player Purse will increase to 90 Cr 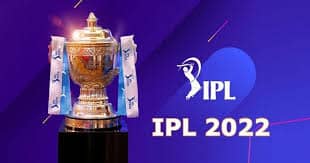 The big news ahead of the upcoming auction is that franchisees can now retain up to 4 players in their squad. Heading into the IPL 2022 mega auction, all the teams can retain a maximum of three Indians and two foreign players. Moreover, existing teams cannot retain more than two uncapped players.

Teams like Mumbai Indians, Delhi Capitals and Chennai Super Kings will be relieved after this news because they can now retain their core players and build a squad around them. Mumbai captain Rohit Sharma and DC coach Ricky Ponting had earlier expressed that how it is important to build a team with the same set of core players.

According to a report from Cricbuzz, all the franchises and BCCI had a discussion regarding the retention of players before IPL 2022. Every franchise agreed with the idea of retaining 4 players and therefore we can expect an official announcement in the upcoming days.

With Lucknow and Ahemdabad joining the existing eight teams, franchises will not be able to use the right to match card in the upcoming mega auction of IPL 2022. This means that most franchises have to build a new set up.

However, as mentioned above that existing teams that have balanced sides can choose to retain their best four players.

But teams that choose to retain four players will have to spend nearly 40-45 percent of their salary cap. Thus they will be left with 35-40 crores lesser than teams that have not retained any players. Therefore teams like Punjab, Hyderabad and Rajasthan can take advantage of this situation.

As it stands, the player purse will be around 90 crores for each franchise. But as per recent developments, the purse will be increased to a range of 95-100 crores.