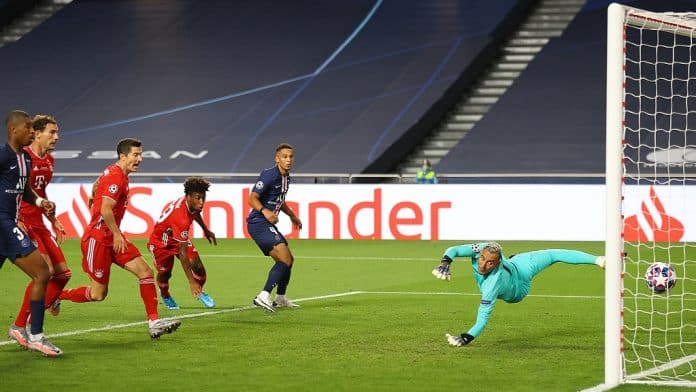 Bayern Munich are reportedly determined to sell Kingsley Coman next summer, according to AS Sport. The winger’s contract expires in 2023, and Bayern Munich are not willing to meet his salary demands.

As a result, they are trying to find potential buyers for the player. Bayern have been in a similar position before, most recently with David Alaba. The German giants had to lose the Austrian defender on a free transfer to Real Madrid since they waited too long to renew his contract.

They managed to sell Thiago to Liverpool when they faced a similar situation in 2020. The Spanish midfielder could not find an agreement with Bayern, and he was sold for a fee around £25 million.

Bayern are very strict with their wage policies and are not willing to spend as much money as clubs like Manchester City or PSG. Hence, selling Coman and finding a replacement for him is the plan for now. RB Salzburg’s Karim Adeyemi is one of the first names on the list to potentially replace the Frenchman.

Coman has been with Bayern Munich for six years now. He joined them in 2015 on an initial loan deal, which was turned into a permanent one. The 25-year-old has won every trophy there is to win playing with Bayern. He was the only goalscorer for the team in the 2020 Champions League final, as they overcame PSG.

Liverpool are rumoured to be interested in the player, and will make a bid for him next summer when he is available on the market.