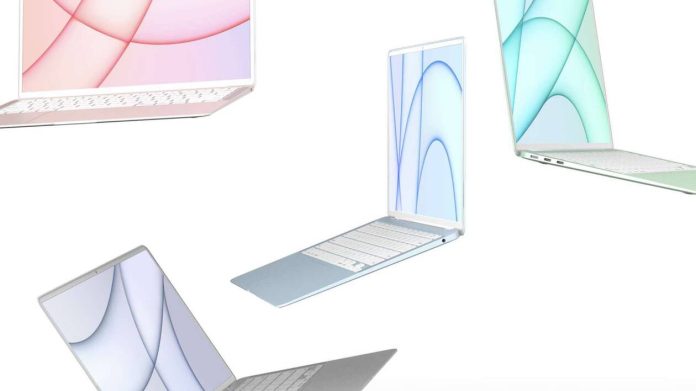 The new 2022 MacBook Air is taking its time to hit the market and customers are eagerly waiting for the arrival of the new product. But to add to their impatience, the new renders which have been leaked might just make the customers run out of patience. The latest images of the device show a fresh design, with a new finish, as well as the addition of MagSafe, and other changes.

Thanks to the collaboration between Jon Prosser and Renders by Ian, this time we are getting a much closer look at how the 2022 MacBook Air might look. The upcoming portable Mac will reportedly feature white bezels and will also sport a notch like the 2021 MacBook Pro models.

Since the new MacBook Air will come with the new M2 chipset, and the CPU is expected to be highly energy-efficient, it will not require the need for an elaborate cooling solution. And this means that Apple will have more freedom to reduce the MacBook Air’s thickness.

The upcoming model may also include a MagSafe connector, as witnessed in the renders and it will also come with one Thunderbolt 4 port on either side. There are also rumours that the new product will launch with a mini-LED screen and it will be improving the package’s appeal, making the 2022 MacBook Air the most affordable portable Mac to feature a mini-LED screen display.

However, the sad part is that the MacBook Air will not start shipping from early next year and will reportedly enter into mass production in the third quarter. One reason as to why it could arrive late is due to the time it would take to finalize the design for mass production.

Apple also needs to procure a healthy supply of M2 chipsets and mini-LED panels, also considering that both are hard to come by and the ongoing chip shortage and supply chain crisis things are not looking good.