Antim: The final Truth – Trailer released; All details about the cast and release date 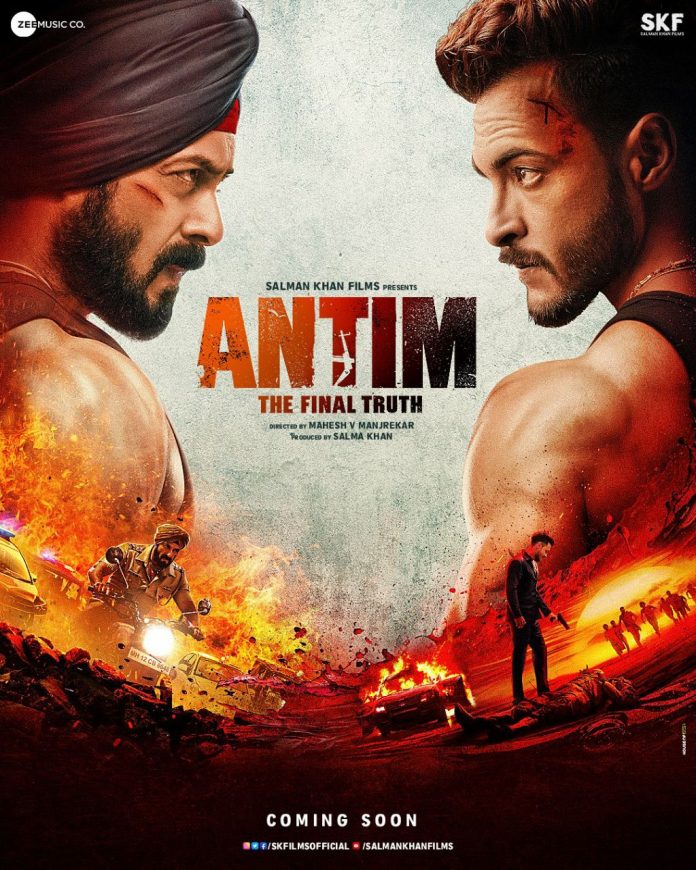 Antim: The Final Truth’s trailer is out now. It is an upcoming action thriller movie. The film is directed by Mahesh Manjrekar and produced by Salman Khan under the banner of Salman Khan Films. This film is based on the 2018 Marathi film named Mulshi Pattern.

The trailer of the film Antim: The Final Truth was released on 26th October 2021. The trailer seems to be another generic Bollywood fully loaded action film with heavyweight dialogues. It is very refreshing to see Salman Khan in a look of Sardar, while his brother-in-law, Aayush has played the role of the baddie.

The trailer shows us that the film is going to be loud melodramatic sequences that featured the two actors, and the longish trailer does not help either as it left nothing to the imagination. At the beginning of the trailer, we have seen that Salman Khan has taken down Sharma with his verbal attacks, and at the end, he got involved in a big fight sequence.

As has been seen in Salman Khan’s last few releases, in Antim’s trailer too, the Bhai of Bollywood blows his own trumpet as he goes on to make statements about being “Hindustan ka Bhai”.

The film Antim: The Final Truth is going to be released in theatres on 26th November 2021.