Google Pixel 6 Vs Pixel 6 Pro: Which one should you get? 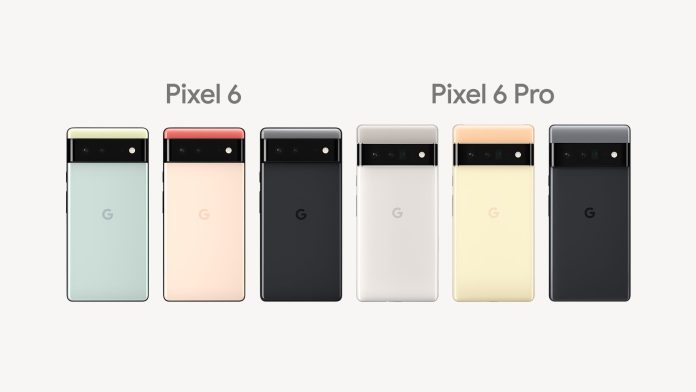 Google is finally back to being a serious contender in the smartphone market. After a year of releasing only mid-rangers, Google is back with the new Pixel 6 and the Pixel 6 Pro: both flagships as well as the first phones with the first proprietary chipset called Google Tensor.

Given that both are flagships, if you are not an expert it may be hard for you to choose one of these phones. That is the reason why we decided to publish an internal comparison between the specifications of the Google Pixel 6 and the Pixel 6 Pro.

Here you will learn the main differences between the latest Google flagships.

The Google Pixel 6 and 6 Pro do not have exactly the same design, but we are talking about very similar aesthetics. Both come with a brand new design language including a horizontal camera module on the rear side, as well as a punch-hole display with the hole placed in the middle of the upper part of the panels.

The displays are flat but they have a high screen-to-body ratio. The phones are not so thin because they pack big batteries, but the build quality is great. They both come with the Gorilla Glass Victus protection as well as the IP68 certification making them waterproof and dustproof.

There are noticeable differences between the displays of the new Google phones, first of all, the Google Pixel 6 has a smaller panel: it’s diagonal it’s 6.4″, while the Pro variant has a 6.7″ display.

Then we have different resolutions: the vanilla version comes with a Full HD+ display, while the Google Pixel 6 Pro has a Quad HD+ resolution with 1440 x 3120 pixels. Further, the Pro variant has the LTPO technology with an adaptive refresh rate from 1 to 120Hz.

The vanilla Pixel 6 lacks the LTPO technology and it has a maximum refresh rate of 90Hz, both the phones feature an in-display fingerprint reader and stereo speakers, as well as a punch hole in the middle.

The Google Pixel 6 and Pixel 6 Pro are powered by the Google Tensor mobile platform which is the first SoC made by Google. It is also the first processor that comes with 2 Cortex-X1 CPUs.

The phones differ in terms of memory configurations, the Google Pixel 6 features 8GB RAM and has either 128GB or 256GB of internal storage depending on the configuration, while the Pixel 6 Pro comes with 12GB RAM and 128GB/256GB/512GB of native storage.

The handsets run Android 12 out of the box and they will get five years of software support, as well as three years of major Android updates.

The Google Pixel 6 and the Pixel 6 Pro share the same 50MP main camera with OIS and the same 12MP ultrawide camera, but the Pro variant adds a 48MP telephoto sensor with 4x optical zoom.

Further, the Pixel 6 Pro has a better 11.1MP front camera which supports 4K video recording, while the vanilla version has an inferior 8MP camera with 1080p video recording.

Last but not least, the Google Pixel 6 Pro has a bigger battery: it is a unit with a capacity of 5,003mAh while the vanilla Pixel 6 has just 4,614mAh.

The starting price of the Google Pixel 6 is $699 or 52,449 INR, while the Pixel 6 Pro costs $899 or 67,456 INR. The Pixel 6 Pro is a better phone from almost every point of view. It has a better display, better battery, better cameras, and better memory configurations.

But you can save some money with the vanilla version while still getting the same amazing Google Tensor chipset and the same software support.

The Google Pixel 6 and 6 Pro have their own set of Pros and Cons. If you are looking for a device that is more compact, more affordable and features the Tensor chipset you can go for the Google Pixel 6. However, if you want the best display and camera setup, then maybe it is time to look elsewhere.

The Pixel 6 Pro on the other hand has a wider display, a better panel, more RAM space, amazing cameras, and a bigger battery. But is it really worth its price tag? Well, that is for you to decide!