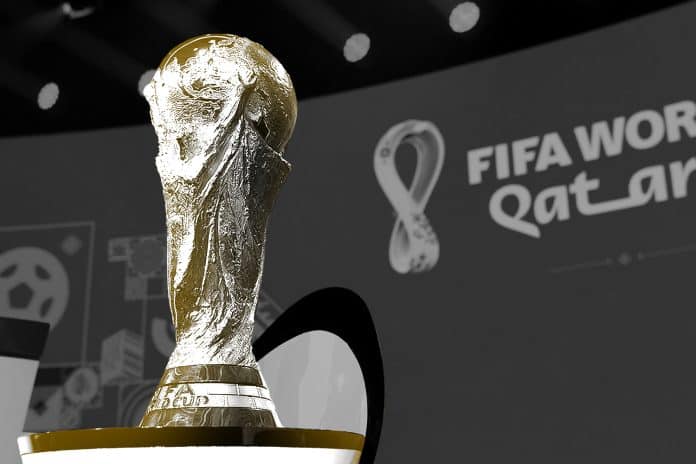 Discover+ has released the new documentary film on the FIFA World Cup scandal titled The Men Who Sold The World Cup (2×60) on 21st October 2021. It is a two-part film. It is directed by Daniel DiMauro and Morgan Pehme (Get Me Roger Stone, The Swamp) is the definitive, unbelievable story of how football’s biggest competition, the FIFA World Cup, was sold to the highest bidders. It is produced by award-winning producers named Story Films and Calliope Pictures.

It has been rumored that the awarding of the World Cup to countries around the world that have been infested with bribery, corruption, global politics, backroom deals, and greed. It all has come to mind that this FIFA World Cup is going to take place in Qatar– a desert nation with baking summer temperatures, zero world-class stadiums, a population mostly indifferent to soccer… and lots of money.

The exclusive interviews from those right at the heart of the story, the documentary film has revealed the truth behind the stranger-than-fiction and how the world’s biggest sporting event was sold by some of international football’s most senior officials and how they were eventually evicted from their seats of power and luxury lifestyles.

This FIFA World Cup scandal-based documentary has taken the centre stage as the world’s attention was turned to the tiny Arab state named Qatar and 500 million people have prepared to watch the spectacle of the World Cup unfold.

This documentary has unique testimonials which have lifted the lid on a rip-roaring story. It has also taken the viewers inside FIFA during the era of Sepp Blatter, the infamous ex-president who has presided over world football for decades. This was a world where for some, normal rules didn’t apply and bribery and embezzlement were just part of the business.

This documentary film stars some outrageous characters that include US soccer bigwig, Chuck Blazer, and Qatari deal-maker, Mohamed Bin Hammam. This is a Shakespearian narrative of money, power, and corruption.

The contributors include a whistle-blower from the Qatari bid team; Blatter’s former Press chief, soccer greats including Jurgen Klinsmann and Landon Donovan … and Sepp Blatter himself.

The first episode of the film shows us the investigators of Sunday Times named Heidi Blake and Jonathan Calvert that follows their incredible investigation and scoop of the century that has revealed rampant corruption at the heart of FIFA. While the second episode shows us about the investigation of the FBI and IRS respectively whose job was to expose criminal behavior at the heart of an organization with a structure they likened to The Mob.

The Men Who Sold the World Cup is now available and streaming exclusively on discovery+ from 21st October 2021.

Maradona: Blessed Dream – The biographical series of Maradona has released on Amazon