One Mic Stand Season 2 released: All details about the cast, trailer, and reactions of the audience 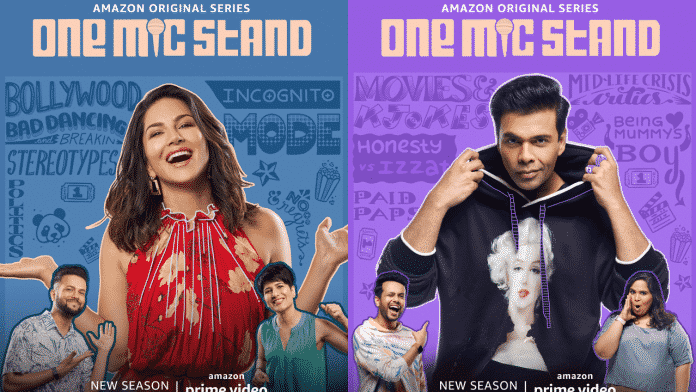 One Mic Stand is a comic series that was firstly premiered on an OTT platform named Amazon Prime Video. The second instalment of this comic series was released yesterday i.e. Friday on 22nd October 2021. The One Mic Stand Season 2 is created and hosted by Sapna Verma. One Mic Stand is an interesting stand-up comedy show where all the celebrities from different paths of life come up and perform a comedy routine. Each of these debutants will be assigned a stand-up comedian who will mentor them for their performance.

Season 2 of One Mic Stand again collaborated with Only Much Louder (OML). The celebrities will be mentored by some of the wittiest comedians in India on the show, including Sumukhi Suresh, Samay Raina, Neeti Palta, Atul Khatri, and Abish Mathew.

Sapan Verma, creator, and host of One Mic Stand Season 2 said, “The overwhelming response from the audience for Season 1 motivated us to make the upcoming season bigger and better. Season 2 brings together a diverse range of talented celebrities who will try their hand at comedy for the first time. You’ve seen them excel as leaders of their own industries before, but you will get to see a completely different side of them on the show. In this season as well, we’ve got some of the biggest and most experienced comedians from the country mentoring them for their debut. Looking forward to the global premiere of our show on October 22.”

The One Mic Stand season 2 trailer was released on 15th October. The trailer gives us a sneak peek at the performances of the celebrity star cast that ensemble for this season. Karan Johar was seen asking advice about getting fillers and being rebuked by his mother to add ‘fillers’ in his script. On the other hand, Sunny Leone, who was nervous about performing in a single take, discussed her ‘past choices’. She also said that people have judged her for it and she too is ashamed of it. As one expected her to talk about her stint in the adult industry, she has smiled and said, “Mastizaade”.

While Chetan Bhagat talked about his life as a stay-at-home husband, while Raftaar shared that if he talked at a slower pace, his raps would become ghazal. Faye D’souza has said that she almost refused the project having no experience in comedy but then realized that she is a TV news anchor. While the makers have tried hard to get a mixed bag of celebs, none of them really pique our interest. We hope the performance was managed to be worth the time.

Reactions of the audience

Here we present some Twitter embedded reactions of the audience where they have shared all their feelings about the series.