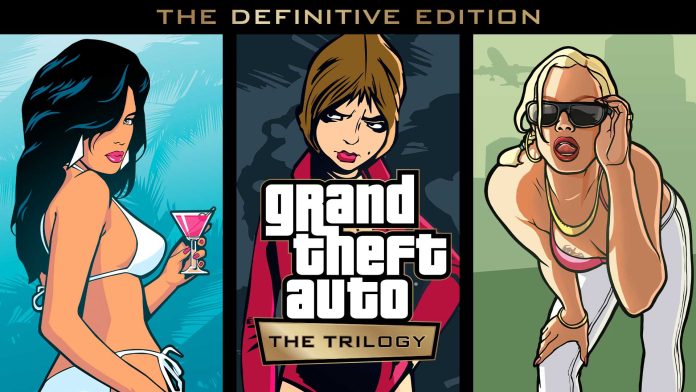 The official release of the much-awaited Grand Theft Auto: The Trilogy – The Definitive Edition is finally here. The remastered collection, adapted by Grove Street Games with Unreal Engine technology, will finally hit the market digitally on November 11th for PlayStation 5, Xbox Series X|S, Nintendo Switch, PlayStation 4, Xbox One, and PC via the Rockstar Games Launcher.

However, the retail edition for Xbox Series X|S and Xbox One, Nintendo Switch, and PlayStation 4 will be following the digital release on December 7th. Rockstar games might not give us any updates for GTA VI however they have done well this time by partnering with Microsoft to release Grand Theft Auto: San Andreas – The Definitive Edition on the Game Pass platform.

The most beloved GTA game will be made available to subscribers of the Game Pass on the launch day. On other hand, as part of a separate partnership with Sony, Grand Theft Auto III – The Definitive Edition will be available on PlayStation Now starting on December 7th.

The developers provided an overview of what kind of enhancements you can expect from the remasters.

Bringing the classic worlds of Liberty City, Vice City, and San Andreas to modern platforms, Grand Theft Auto: The Trilogy – The Definitive Edition debuts new GTAV-inspired modern controls, plus across-the-board visual enhancements such as resolution upgrades and improved visual fidelity across the world, and much more to faithfully tune and improve upon all three games, while also maintaining their distinct original aesthetic.

Additional enhancements across all three titles include a completely rebuilt lighting system; improved shadows, weather, and reflections; upgraded character and vehicle models; along with new higher resolution textures across buildings, weapons, roads, interiors, and more. Grand Theft Auto: The Trilogy – The Definitive Edition also features a range of environmental upgrades including all new foliage, smoother surfaces, and increased draw distances to provide a new level of depth and clarity throughout the world.

Check out the first trailer below.

AMD’s FSR can now be enabled on GTA V, here’s how to enable